Each year Human Rights day is celebrated on 10 December to promote and raise awareness of international human rights standards. The date commemorates the adoption by the UN General Assembly of the Universal Declaration of Human Rights in 1948.

Freedoms for adults only?

“Freedom is the ideal that underpins what we now recognize as international human rights law, the norms and regulations that protect and guarantee our rights.”

The freedoms set out in the two Covenants are universal; they apply to everyone, everywhere. Children are no exception, they have all human rights. But children’s freedoms are rarely a priority; the ability to think freely, act and speak is too often denied for children all over the world.

In 1989, the UN adopted the Convention on the Rights of the Child (CRC), which quickly became the most ratified treaty. But children’s rights are still violated globally and, beyond issues of protection, many of the other rights to which they are entitled are neglected in broader human rights debates.

The UN, as the world’s human rights normative and agenda setting institution, can help promote a more holistic approach to children’s rights. As NGOs, our role is to ensure that children’s rights violations are monitored, reported on and brought to the attention of UN human rights bodies. After all, children make up around a third of the world’s population and everyone is a child once.

In his message for the day, the High Commissioner for Human Rights reminds us that “The world has changed since the UN General Assembly adopted the Two Covenants in 1966. [...] The drafters of the Covenants could have had little idea of issues such as digital privacy, counter-terrorism measures and climate change[.]”

The Covenants have indeed played a strong role in securing freedoms but governments’ responses to current challenges, including the global economic crisis and the rise of violence in many parts of the world, often revolve around tightening the available space for people to enjoy these freedoms. These limitations are sometimes hasher on children, with the presumption that they are incapable of making informed choices and must be “protected” by adults.

Another example is the growing number of States censoring children's access to information on grounds of protection, passing or proposing laws 'protecting children from information deemed harmful to their health and development. In 2013, Russia's parliament unanimously passed a federal law banning gay "propaganda" for children. Lithuania, Moldova, and Ukraine have since also passed laws explicitly prohibiting the distribution of information about homosexuality to children.

In the context of austerity, children's services, from schools to healthcare, are increasingly subject to privatisation. All too often, governments fail to properly regulate such arrangements, leading to the dominance of commercial interests over children's rights. Earlier this year, the Committee on the Rights of the Child denounced the growth of private schools in Ghana, which it said worsened disparities in communities, and that instead of monitoring the role of the private sector in education, the government is encouraging the growth of these schools to fill a gap in its provision.

A call for the respect of children as individuals

UN human rights treaties and the bodies that monitor them are the best hope we have of bringing attention to children’s rights globally and eventually securing them.

To develop a full picture of how children's rights are addressed throughout the UN, we have collected all recommendations, country by country, across of the UN human rights mechanisms in relation to children’s rights and are now in the process of analysing the work of the committees that monitor the core human rights instruments.

We found that the same recommendations are often repeated in consecutive reports, some children’s rights issues are rarely or never addressed, and some States consistently disregard recommendations on others. We have published analyses of the work of the Committees monitoring the two Covenants and of the work of the UN Committee on the Rights of Persons with Disabilities.

We have found that while violations of children’s rights are addressed throughout the concluding observations and general comments of the three committees, they are not addressed with the same consistency and rigour as adults’ rights. Furthermore, they are not systematically addressed in the interpretation of each article of the conventions. Generally, issues brought to the Committees’ attention and the recommendations made to States focus more on protection rights and much less on civil and political rights.

Our ongoing monitoring of children’s rights at the UN and the results of this first phase of the research makes one thing clear: there is a need for the Office of the High Commissioner for Human Rights (OHCHR) to develop a children’s rights strategy which sets out a vision for the office’s role and action in this field. Civil society organisations need to work with the OHCHR to ensure that children’s rights are mainstreamed in the work of all its bodies. We have a responsibility to monitor all violations of children’s rights and bring them to the attention of human rights bodies.

In order for all policies and standards to be developed with children’s rights in mind, the OHCHR needs dedicated staff capacity with a mandate to fully integrate the CRC across the work of the office and strengthen engagement on these rights across other UN bodies. A permanent division specialising in children’s rights needs to be set up to develop this strategy and coordinate its implementation.

Children are not only the future or the adults of tomorrow, they are also human beings today. In addition to gender, race, religion, nationality and sexuality, a person’s age shapes how they are treated by others, violations they endure, and whether or not they can seek redress for violations. By working to mainstream children’s rights across all its bodies, the UN will increase the attention they receive. It will help make governments around the world see the importance of children’s rights and pave the way for serious international dialogue that advances children’s rights and helps make them a reality.

In the coming months, we will publish the analyses of children’s rights in  the work of the remaining treaty bodies and special procedures. 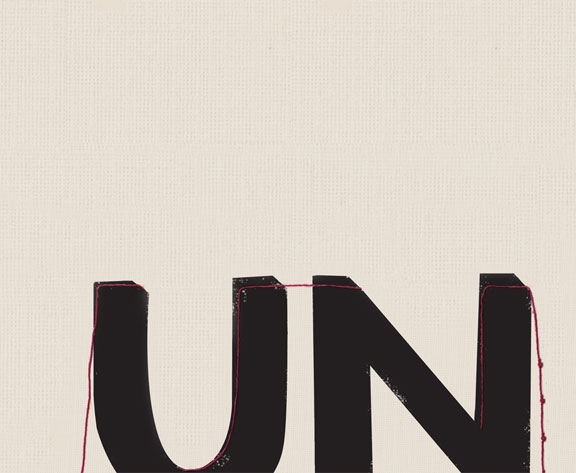