On judicial practice regarding child-rearing disputes

Court:
Plenum of the Supreme Court of the Republic of Belarus

Other International Provisions:
Convention on the legal assistance and legal relations in civil, family and criminal matters of 22 January 1993 and 7 October 2002

Domestic Provisions:
Constitution of the Republic of Belarus
Family and Marriage Code
Law “On the rights of the child”
Guardianship and custody bodies Statute

Resolution Summary:
Background:
This resolution was prepared by the Plenum of the Supreme Court by virtue of the authority conferred on it by art. 51 of the Courts and Court System Code of the Republic of Belarus. According to art. 51, Supreme Court’s Plenum considers the materials relating to the judicial practice and statistics and provides judicial interpretation of the applicable legislation.

Issue and resolution:
Child custody. The Court issued recommendations after reviewing judicial practice regarding child-rearing practice with a view to achieving correct and uniform application of the relevant legislation in courts.

Court reasoning:
After reviewing the judicial practice of the lower courts, the Supreme Court made the following recommendations with regard to the process of deciding child-rearing disputes:

CRIN English translation:
“When considering child-rearing disputes, the courts must be guided by the provisions of the UN Convention on the Rights of the Child (ratified by the Republic of Belarus on 1October 1990) and the Convention on the legal assistance and legal relations in civil, family and criminal matters of 22 January 1993 and 7 October 2002…”

CRIN Comments:
CRIN believes this resolution is partially consistent with the CRC. The resolution recognises that decisions on custody must recognise the child’s interests. Article 3 of the CRC requires the best interests of the child to be a primary consideration in all matters affecting the child. Although the resolution states that children aged over 10 can decide which parent to live with, Article 12 of the CRC guarantees children’s right to be heard in any proceedings affecting them, without specifying an age limit. States must assure to the child who is capable of forming their own views the right to express those views freely in all matters affecting them, the views of the child being given due weight in accordance with their age and maturity. 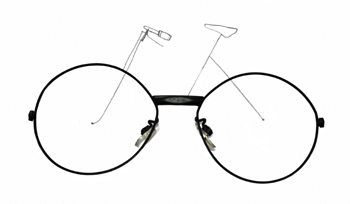