Child sexual abuse in religious institutions across the world is rife, and more and more reports frequently emerge about this human rights violation. Lack of accountability, entrenched power structures and arcane institutions allow it to continue.

CRIN believes transparency, access to justice for children and protection from violence are crucial to securing children’s status as individuals with rights. So we are campaigning to end sexual violence against children in religious institutions by pushing for reforms that will open these institutions to scrutiny, prevent cover-ups and allow victims to access justice.

We launched this campaign with a report that maps the global scale of child sexual abuse in the Catholic Church.

The first strand of the campaign looks at the Catholic Church because the UN pressed the Holy See for detailed information on sexual abuse against children by Catholic clergy around the world, cover-ups within the Church and the denial of justice and compensation for victims. This happened during the UN Committee on the Rights of the Child's periodic review of the Holy See during the Committee's 65th session in Geneva in January 2014. CRIN reported live from the session using #HolySeeConfess on twitter, and you can read our notes of the dicussions.

We monitor all the latest news and developments on sexual abuse in religious institutions. To receive updates, subscribe to our weekly English CRINmail and the monthly Children in Court CRINmail.

Child sexual abuse in religious institutions is rife. Alleged cover-ups and devastating effects make it one of the worst crimes against children.

Pressure must be put on religious institutions to reform their policies and structures so abusers cannot hide and victims can access justice. 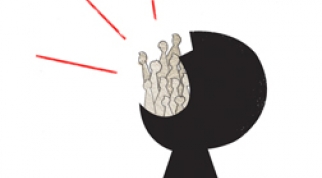 We know people have been campaigning hard for decades. We are stronger when we work together.
News & Updates

AUSTRALIA: Extent of abuse in Catholic church in Australia revealed - 4,444 victims
6 Feb 2017
A royal commission into institutional responses to child sexual abuse released damning statistics on the scale of the crisis within the Catholic Church.