A law that criminalised sexual activity between consenting adolescents in South Africa - even for kissing and cuddling - and required them to be put on a sex offenders register was struck down as unconstitutional after a challenge from the Centre for Child Law.

Arresting children and putting them on a sex offenders register for kissing in the playground may seem like a disproportionate level of punishment, but this was exactly what one South African law allowed for.

The Criminal Law (Sexual Offences and Related Matters) Amendment Act, 2007, also known as the Sexual Offences Act, was the subject of much debate for its broad interpretation of sexual assault.

It outlawed kissing, cuddling or anything beyond that between consenting 12- to 15-year-olds. And for the first time, both boys and girls were accountable under the law.

One part of the bill also required parents, teachers and counsellors to report students to the police if they witnessed any such conduct.

Legislators had these elements brought in during a rethink of how sexual offences were handled in South Africa.

Under the earlier wording of the law there was no penalty for kissing or cuddling between consenting children, but the Amendment Act changed that in an overzealous effort to protect children.

The bill that eventually made its way to Parliament set out that if the children involved in a case being brought to court were aged 12 to 15 years (inclusive), they would both always be prosecuted.

Another measure that was bolted on was the requirement to place the children’s names on the sex offenders register.

In 2010 the National Director of Public Prosecutions (NDPP) decided to bring three teenagers to court in what came to be known as the Jules High case.

It involved two boys and a girl who were filmed having sex on school premises while under the influence of alcohol. After an initial charge of rape against the two boys, the police determined that the encounter was consensual and all three were charged under section 15 of the new Sexual Offences Act.

This section details the offence of consensual sexual penetration with a child and explicitly states that, if the act is between two 12- to 15-year-olds and is consensual, both parties must be charged, as both are guilty of statutory rape.

All three were sent to a programme at the Teddy Bear Clinic, an organisation that supports abused children, which allowed them to escape a permanent criminal record.

Their lives were changed by the embarrassment the case had caused, and while the boys got their lives back together the girl moved school repeatedly and was hounded by the media. In 2015 the South African Sunday Times reported that the girl killed herself due to the trauma of the case and the public shaming she was made to endure.

Shortly after this case the NDPP decided to prosecute another group of teens whose sexual activity had resulted in a girl getting pregnant.

The Teddy Bear Clinic, along with RAPCAN (Resources Aimed at the Prevention of Child Abuse and Neglect), launched a legal challenge to the law as they felt that children were being referred to them simply for taking part in normal adolescent behaviour.

Bringing the case to court

The two organisations were represented by the Centre for Child Law at the University of Pretoria, with director of the centre Ann Skelton leading the case.

Skelton wanted nothing less than the decriminalisation of what she and her clients believed was normal behaviour, arguing that the law was not in children’s best interests and infringed their constitutional rights to dignity and privacy.

She also sought to get rid of the rule that meant children were placed on the sex offenders register, as occurred in a separate case (J. v. National Director of Public Prosecutions) in the same year.

In January 2013 the High Court ruled in the case of Teddy Bear Clinic for Abused Children and RAPCAN v. Minister of Justice and Constitutional Development that the current law was unconstitutional as it criminalised a normal part of growing up.

In order to get the changes they wanted, the next step for the applicants was to take their case to South Africa’s Constitutional Court, where High Court rulings are confirmed.

However, Skelton recalled seeing a billboard for a local paper’s report on the High Court case the next day that simply read: “Let kids bonk, judge rules”.

“We were constantly trying to get the media to use the right language,” she explained. “It was much better by the time we got to the Constitutional Court.”

Her team employed a media advisor before the case went to the next level and tried to dispel myths that the changes they wanted involved lowering the age of consent, encouraging teens to have sex or getting rid of statutory rape in legislation.

When the case came before the Constitutional Court in May 2013, the evidence that the Centre for Child Law had produced dwarfed their opposition’s argument.

While the Minister of Justice claimed that the law did not require every child caught to be prosecuted, there was no response to claims that children would suffer by being exposed to the criminal justice system through arrest and in-depth police interviews about their sex lives.

Two other organisations also weighed in on the case to give their opinions. The Women’s Legal Centre supported the Teddy Bear Clinic and RAPCAN, arguing that there was a bias against teenage girls in society’s attitudes towards sex, and pointed out that a pregnancy made it obvious that a girl was ‘guilty’ under the Amendment Act.

The second organisation, the fundamentalist Christian Justice Alliance of South Africa, said that the infringement of children’s rights was justifiable in this case due to the rate of teenage pregnancy, sexually transmitted diseases and psychological harm caused by early sexual intercourse.

Thanks to reports from a team of psychologists and statements from respected educators, the Teddy Bear Clinic and RAPCAN won the case, with the decision of the Constitutional Court unanimously handed down in their favour in October 2013.

Justice Sisi Khampepe explained in her ruling that, as well as special protections in law, children needed guidance and a way to come forward for advice on sex and relationships.

Commenting on the impact on children exposed to the criminal justice system, she said: “We must be careful, however, to ensure that, in attempting to guide and protect children, our interventions do not expose them to harsh circumstances which can only have adverse effects on their development.

“If children are not made to feel that there are safe environments within which they can discuss their sexual experiences, they will be stripped of the benefit of guidance at a sensitive and developmental stage of their lives.”

The Court declared sections 15 and 16 unconstitutional and invalid to the extent that they criminalise the consensual sexual conduct of children under the age of 16 years.

The Court further ordered the Minister of Justice to take the details of any children convicted under the law off the National Register for Sex Offenders.

It then referred the case to Parliament and asked that the changes to sections 15 and 16 be made by the legislature within 18 months.

South Africa’s Parliament held a public consultation that received nearly 1,000 submissions from civil society, religious groups and the South African public giving opinions on the changes needed to the wording of sections 15 and 16 of the Act.

The government applied for a four-month extension of its deadline to August 2015 to complete its work, and to include changes needed after another successful challenge to the Sexual Offences Act in J. v. National Director of Public Prosecutions.

Eventually the government changed the wording so that if both children in a case were aged between 12 and 15 years (inclusive) neither would be charged.

It also added protections from prosecution for 16- and 17-year-olds who have consensual sex with those under the age of consent, as long as there is not more than a two-year age difference.

Skelton praised the outcome and said although the changes had not yet been made law the only thing missing was President Jacob Zuma’s signature on the revised Act.

Both cases achieved their goals, with the Teddy Bear Clinic and RAPCAN stopping children from being arrested for consensual sexual activity, and J winning the right for children not to be automatically placed on the sex offenders register.

“I think the parliamentarians did a pretty good job of making it constitutionally compliant, and that’s a tribute to them,” said Skelton.

Looking back Skelton said that although it had involved three years of hard work, the Teddy Bear Clinic and RAPCAN case was worth the effort, and the advice she provided in J v. National Director of Public Prosecutions had also helped improve adolescents’ rights in South Africa.

Although Skelton argued in the court for removing the rule that automatically placed children on the sex offenders register, she said she personally wanted to make the case for stopping children being labelled as sex offenders altogether.

The new rules will mean that the prosecution must apply for a child to be put on the register and each case will be reviewed instead of those found guilty being immediately registered as sex offenders.

Furthermore, the changes will allow children who were previously placed on the register as a result of the unconstitutional sections of the Sexual Offences Act to appeal their cases.

On the new system, Skelton added: “I think it’s going to be very unwieldy and undoubtedly it will miss some of them.

“There’s a lot of follow-up work to be done but it is certainly a great step forward.” 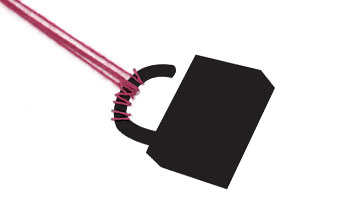