KENYA: Nubian children and the struggle for citizenship

Nubians have lived in Kenya for more than a century, but are not considered Kenyan nationals. As such, they face significant restrictions when it comes to gaining access to basic amenities like health care and education. In the case of Nubian Minors v. Kenya, the second-class status of Nubians in Kenyan society was challenged.

What does it mean to belong to a nation? To be British, American or French? Do all Brits watch football? Do all Americans eat McDonald’s? Does every Frenchman love baguettes? Or does nationhood mean something more basic: a passport or ID card? A document that gives you permission to be part of society?

The Nubian people have lived in Kenya for more than a century, yet many of them are not Kenyan.

Conscripted into the King’s African Rifles by the British in 1912, the people of Nuba, a mountainous region in modern day Sudan, fought in both world wars.

In recognition for their work as colonial soldiers, Nubians were offered land in an area of forests on the outskirts of Nairobi, now known as Kibera.

Ever since Kenya became independent from British rule in 1963, Nubians have been denied basic citizenship rights. Their status as British Protected Citizens combined with their Arab appearance and customs meant the post-independence government viewed them as foreigners; a relic of the country’s colonial past, and they were soon made stateless.

Nubian children have been denied the right to Kenyan citizenship at birth. ID cards can only be applied for at the age of 18 and then only obtained if the child is able to pass a series of hurdles and get various documents together, a process which can take a great deal of time and is sometimes unsuccessful.

Nubians are, in effect, born stateless. The Kenyan National Commission on Human Rights has described this situation as “institutionalised discrimination”.

As a result of their lack of status, Nubians have faced restrictions on access to education, the right to vote, their ability to gain employment in the public sector, as well as other key areas like health care and freedom of movement.  This has left many trapped in poverty, moving from one precarious job to the next with little or no legal protection.

In the 1990s there was an acknowledgement by the government that Nubians had a claim to nationality, though they faced great difficulties when trying to become Kenyan, with local committees set up to vet Nubian requests.

On top of this, anyone lucky enough to be granted nationality is subject to severe questioning from the authorities should they ever need to renew their documents.

Through its Justice Initiative project, Open Society Foundations (OSF) have documented and campaigned on the struggle of Nubians to gain basic rights in Kenya for a number of years.

One man who received his ID card in the 1950s, but faced a lengthy battle with Kenyan bureaucracy when he lost it in 2010 told OSF: “Lack of an identity card has negatively affected me on numerous occasions.”

“I cannot vote, especially in a referendum that was done on November 21, 2005. This happened despite the fact that I have been patriotic enough to vote in all previous general elections.”

By 1912 the British had allocated 4,000 acres of modern day Kibera to the Nubian people and now it is Africa’s largest slum, with an estimated population of nearly one million people. In total, around half of the 100,000 Nubians living in Kenya reside in the area today, with the rest living in small, isolated villages.

Recent figures showed that only 30 per cent of adult Nubians are employed, while 60 per cent of Nubian households reported living on less than $60 a month.

In Kibera, half of the population is aged 15 or under, while the life expectancy in the slum is just 30 years of age, according to some estimates, roughly half that of the rest of the country.

While in 2012 the Economist praised the entrepreneurial spirit present in “ragged tin and reused timber” homes of Kibera, the fact remains that the people of this slum lack access to the most basic amenities, while for Nubians in the area, their lack of rights makes things far worse.

One Nubian resident of Kibera told OSF in 2010:

“We have no roads in Kibera, only one clinic run by the Germans, no police station and no proper drainage system.

"We have no electricity. We also have water supply for two days in a week. Kibera is the worst part of Nairobi. We are treated as third-class citizens because everything is diverted to other places. We have been facing this problem for a long time because we have nobody in government to fight for our cause.”

The Justice Initiative, with the Institute for Human Rights and Development in Africa (IHRDA), began working on a case which they were to take to the African Committee of Experts on the Rights and Welfare of the Child (ACERWC) in 2009.

They argued that Nubian children suffered violations of several rights under the African Charter on the Rights and Welfare of the Child (African Charter), including the right to birth registration and to acquire nationality at birth, prohibition on unlawful discrimination, equal access to education, and equal access to health care.

Laura Bingham has been a legal officer at the Open Society Justice Initiative since 2010.

She explains that when working with isolated communities who face discrimination, finding the right spokesperson for the group can be a real challenge.

“A typical obstacle you might face in a case like this is the difficulty of speaking to the community, and to find an interlocutor whom you trust and can speak for the community and to convince them that litigation is going to result in some concrete changes.

"That it’s not going to result in repercussions, and to really allay some of those concerns and explain what this is all about,” she says.

In this case, the Justice Initiative allied themselves with the Nubian Council of Elders, which offers a governance structure to the community, in order to foster a good relationship with the locals. This gave them a way in to the community and allowed them to more effectively represent the group.

A letter of introduction from the Justice Initiative and IHRDA was filed with the ACERWC in April 2009. It was not until late in 2011 that it reached its decision.

Sebastian Köhn worked on the case with OSF from the beginning. He explains that the Justice Initiative chose to go through the ACERWC for a range of reasons, though chief among these was the fact that the African Charter contains an explicit right to nationality, which was the main violation the group wanted to challenge.

Köhn says the group chose the ACERWC rather than the African Commission or a UN body, partly because of time constraints, but also to encourage it “to become a progressive force for the continent”.

Within the submissions on the merits filed with the Committee, Nubian parents described the struggle they faced when trying to get Kenyan citizenship for their children.

Zena Ahmed was quoted as saying: “My children have been vetted by the elders in the presence of village chiefs and myself. During the vetting I was asked to state my tribe, my clan, my resident and parents. I also produced my grandparents ID which I had. This was done for all my children… My children were vetted and were required to produce school leaving certificate and vetting letter from elders, and were sworn in court. Only after all this they were allowed apply for ID.”

The ACERWC made its decision on 22 March 2011. The Committee found that denying Nubian children Kenyan nationality amounted to making them stateless, which was against the best interests of the child. They also found that the vetting system put in place to decide who gets access to citizenship “unlawfully discriminates” against Nubian children, leaving them stateless or at risk of being stateless, which is a violation of Article 3 of the African Charter.

The Committee then sent a series of recommendations to the Kenyan government in order to reform legislative and administrative practices, while also looking to take steps to create a non-discriminatory birth registration system.

Three years later, the reforms are still yet to take hold.

As Bingham explains, even though Kenya adopted its new citizenship programme, which has a provision on access to citizenship for stateless people, in 2011, it has not been implemented in practice.

“One thing that has changed in terms of the substance of the violations is that we complained that birth certificates at the time said explicitly they don’t constitute proof of Kenyan nationality, and that line, at least in Nairobi, has been removed,” she said.

“At least that has had some concrete result and it shows that the relevant authorities in the administration have read through the recommendations of the Committee.”

Through the Justice Initiative, OSF is working on a new case focused on improving the situation of Nubians in Kenya, but again progress is slow.

The African Commission on Human and Peoples’ Rights has been considering the merits of Ali v. Kenya, a case challenging the second-class status of all Nubians since 2010. In recent months, the Ebola outbreak in West Africa has forced yet another delay.

At the same time, steps are being taken on the ground to improve the situation for Nubians in Kenya.

The Justice Initiative is currently coordinating a project with local paralegals and partners in the UNHCR and the independent NGO Kenya Human Rights Commission, monitoring the implementation of the new laws aimed at improving Nubian access to citizenship, as well as engaging with government officials.

Bingham is optimistic about the Ali v. Kenya case.

“I’m optimistic because I would hope the Commission would take note of the Committee of Experts’ decision [in the Nubian minors case],” she explains.

“We’ve filed our merits brief and as we understand it the Commission is planning to consider the case at its next session.”

There is also hope to be found in the legislative process, with bills currently being considered in the Kenyan parliament to further address the Nubian nationality issue, partly as a result of the pressure placed on officials because of the OSF campaign.

Bingham is upbeat about how strategic litigation can be used to have a positive impact on disenfranchised people’s lives.

“I think it’s a powerful tool and one that we do use in a variety of different cases in this field. I think litigation isn’t always the best path, so a lot of work needs to go in upfront,” she says.

“Try other things first, as there may be easier avenues. I think it’s important that everyone understands the risks that are inherent in this. It’s a powerful tool, but it’s one that needs to be used responsibly.”

As for Nubians themselves, they face significant discrimination Kenya, though their situation has improved.

In an article in Think Africa Press from 2013, Shafi Ali Hussein, the Chairman of the Nubian Rights Forum spoke of a familiar pattern of people being denied citizenship rights and facing restrictions in education and employment.

“We have held talks with the government officials but nothing much is done,” he said. “Our problems will only end when we will be fully accepted as Kenyans”.

You can read CRIN’s case summary of the Nubian Minors v. Kenya case in full here

Find out more about strategic litigation. 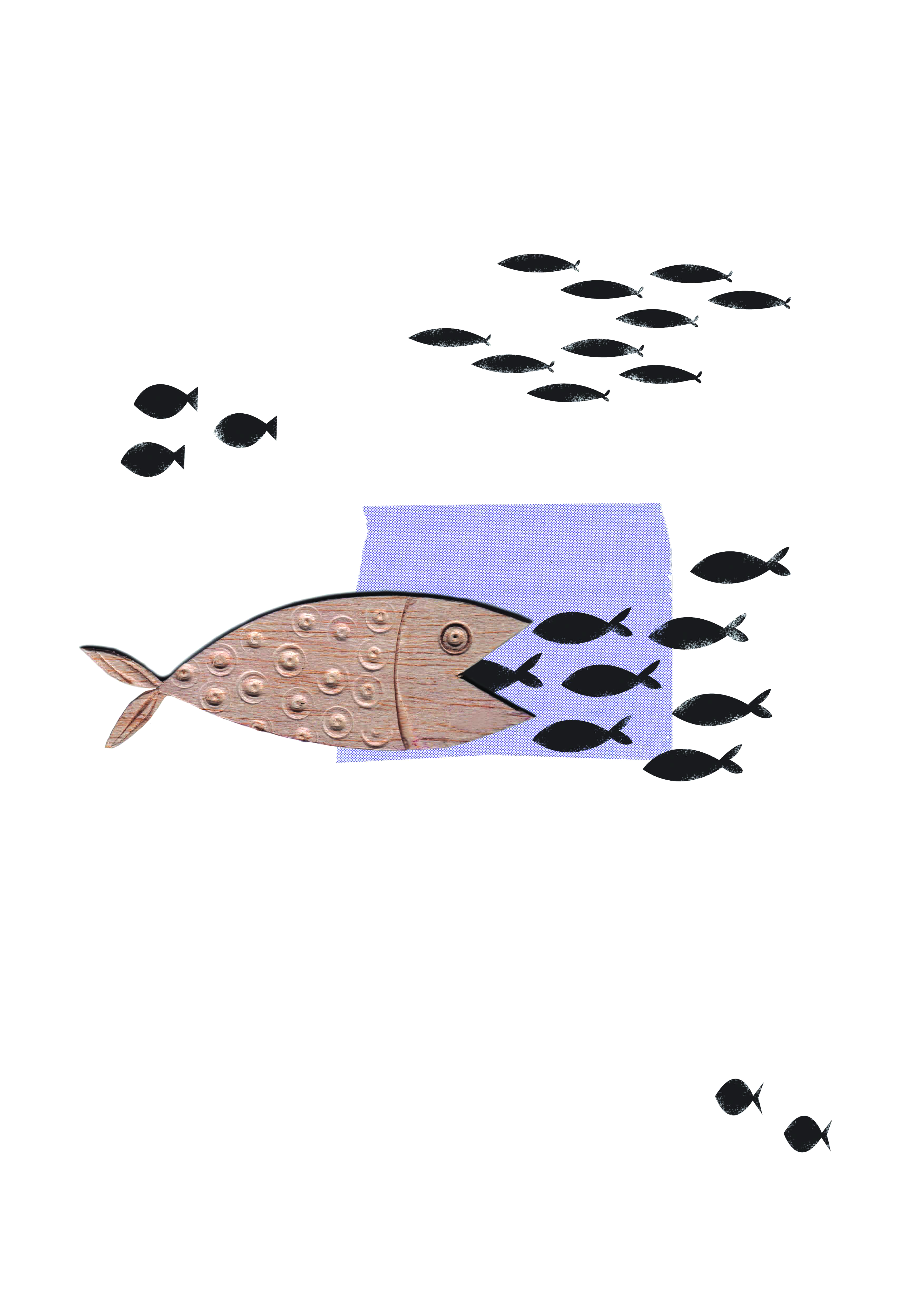