BULGARIA: No more excuses on education for children with mental disabilities

After discovering that children with mental disabilities were being systematically denied education in Bulgaria, an international NGO submitted a complaint to the European Committee of Social Rights (ECSR). The organisation alleged that the Bulgarian government was failing to provide education for up to 3,000 children.

After a Red Army-backed coup in the 1940s, Bulgaria modelled itself on Soviet Russia, only re-embracing democracy in the late 1990s. During this time, homes for people with mental disabilities and mental illnesses were built out of public view, in extremely remote areas with poor infrastructure.

In 2001 the Bulgarian government estimated that there were 2,129 children living in year-round homes for mentally disabled children and that out of 31 of these homes, 25 were between 30 and 100 kilometres from the nearest social services office.

A European Court of Human Rights judgment in 2013 told how 15 children and young people starved to death in freezing conditions, while staff begged the authorities for help. Before this, several cases protesting terrible living conditions received significant media coverage, with one documentary sparking an international outcry.

In 2001 the focus of the Bulgarian Helsinki Committee (BHC), a human rights monitoring NGO, turned to another issue within the institutions that was not as immediately obvious to camera crews - the severe lack of education for children in the care of the State.

The BHC reported on the living conditions of children in state care in 2001 and 2002, highlighting the total lack of schooling in many homes.

This educational void should never have existed as the Bulgarian government passed a law in 2002 decreeing that those in homes for mentally disabled children should be included in mainstream schooling.

The organisation’s research found that many children with severe disabilities received no suitable education at all. Their findings were presented to the government, NGOs and in round table meetings where the need for change was discussed. The BHC continued its work within Bulgaria until it was contacted by the Mental Disability Advocacy Centre (MDAC).

MDAC proposed that by working together the two organisations could make a collective complaint to the European Committee of Social Rights and force the government to improve access to education for children with mental disabilities.

MDAC was founded in 2002 and is an international human rights NGO which is independent of all governments. Its mission is to use the law to secure equality, inclusion and justice for people with mental disabilities worldwide. It can take part in discussions within the Council of Europe, can make collective complaints under the Revised European Social Charter and can be consulted by the United Nations Economic and Social Council.

Litigation director at MDAC, Ann Campbell, said that the complaint was part of their work to create movement towards inclusive education, and away from segregation or institutionalisation, with on-going work in Belgium, Bulgaria, Czech Republic, Hungary, Ireland, Lithuania, Poland Romania, Slovakia, and the UK.

Campbell explained: “It’s an issue that is one of the most pressing where, if you can make an impact, you can sort a lot of other things out.

"The point is to try to create a tipping point in a number of States, encourage States to consider each other’s jurisprudence and drive change through the international as well as the national levels.”

She said that MDAC’s approach of international and domestic court cases, advocating with governments and policy-makers and raising awareness has begun to create this change, with the aim being to influence jurisprudence and have an impact on decision-makers, including the Committee itself.

While individual cases had been submitted to the European Court of Human Rights, Campbell explained that sometimes collective complaints were a better way forward as there was no need to exhaust domestic remedies and, because there was no need to name a single victim they could prevent reprisals against children who were already suffering.

In 2005, lawyer Aneta Mircheva started working as MDAC’s legal monitor for Bulgaria and collaborated with staff at the Bulgarian Helsinki Committee to bring a complaint to the European Committee of Social Rights.

Mircheva worked with both organisations, using language skills and legal knowledge to help put together the case that was eventually presented to the Committee. She said that the most important part was finding evidence for each allegation, and examples to support the arguments they planned to put forward.

“Development of children is not seen as the job of institutions because education means to develop the personality of the child, and that’s not in the interest of the institutions,” she said. “Because of that I think they are in a terrible situation.”

Mircheva collaborated with Slavka Kukova, a coordinator and senior researcher at the BHC, and the pair saw 16 of the worst segregated special needs schools in the country closed down in 2006, before the complaint was even made to the Committee.

Bringing the case to the Committee

In 2007 MDAC submitted their complaint to the European Committee of Social Rights. They argued that integration of children with mental disabilities into mainstream schools had never taken place, as was expected after a judgment against France in 2002, and that only 6.2 percent of those living in homes for mentally disabled children were enrolled in schools.

Children with mild intellectual disabilities were placed in separate schools designed for them, which was not an ideal situation, but did mean they were given more support and education than those children locked away in institutions.

MDAC’s complaint added that most of the children in question had been abandoned or orphaned and that Bulgarian schools were directly discriminating against them on the basis of disability by failing to provide reasonable accommodation for them to attend mainstream schooling.

Mircheva explained that, at first, the government did not take the complaint seriously, replying to a 30-page argument submitted by the MDAC with a response of two sides of A4 in May 2007.

Bulgaria’s reply claimed the complaint was framed around the wrong article of the revised European Social Charter, stating that it should refer to the rights of people with disabilities, not the right to appropriate social, legal and economic protection for children.

In their response MDAC pointed out that previous decisions of the Committee showed that articles of the Charter could overlap, and explained that the one they had chosen was more relevant to the case at hand.

The government also argued that the case was beyond the MDAC’s area of competence; but MDAC claimed in June 2007 that they had previously been called on for advice on school placement for children with disabilities by the Bulgarian government itself.

After considering the evidence, the complaint was declared admissible by the Committee later that month, and the government began working to refute MDAC’s arguments.

Defending itself from the substance of the complaint in October 2007 the Bulgarian government did not deny the high dropout rate among children in the education system, but said this was not a problem exclusively affecting children with disabilities.

It argued that the trend was now towards integration of children with disabilities into mainstream education and explained how public schools were being made more accessible.

The State also suggested that there was “no real evidence” to show that children were becoming institutionalised and said progress was being made as fast as its budget allowed.

MDAC’s response in November 2007 branded the government’s reply as lacking in substance, rambling and self-contradictory.

MDAC reiterated that only 6.2 percent of children from institutions were enrolled in either mainstream or special schools since 2002 and said that at the current rate it would take 64 years for Bulgaria to provide education to all such children.

In response to claims that MDAC’s sources were not reliable, they revealed that much of their information came from the Bulgarian government’s own research and statistics.

The Committee’s decision came in June 2008 and found in favour of the MDAC, describing the progress of the government towards educating children with mental disabilities as “patently insufficient at the current rate”. The judgment noted that the Bulgarian government repeatedly contradicted itself and admitted that children living in institutions did not receive an education, demonstrating a lack of understanding of its own obligations.

The Committee added that 64 years to provide education to all children in homes for those with mental disabilities could not be considered a reasonable time, and concluded that Bulgaria had violated Article 17§2  of the Revised Charter on the right to social, legal and economic protection, alone and in conjunction with Article E, relating to discrimination.

Finally the government unveiled its “Vision for the deinstitutionalisation of the children of the Republic of Bulgaria”, promising more family support to prevent children being abandoned and a focus on adoption as an alternative to institutions.

“There were some programmes immediately after the decision. They started introducing some education in those institutions, although this process went very slowly,” explained Chair of the Bulgarian Helsinki Committee Krassimir Kanev.

“They would claim that they wanted to have some education in every institution but the question was whether it included all the children there.”

Kanev also said that although the government called it ‘deinstitutionalisation’, it was soon clear that it was simply moving children around, creating smaller segregated homes, and not integrating them into mainstream schooling.

Kukova added that while the decision had forced the government to make changes, including a new law before the Bulgarian parliament, there were still failures to overcome.

She said: “The majority of the children living in institutions or in small group homes are still not provided with access to education, although we have new legislation. However, we have now around 14,000 children with all types of disabilities studying in mainstream schools, while back in 2004 they were only 700, and still 3,000 in special schools.”

In a statement to the Council of Europe’s Committee of Ministers in 2010 the Bulgarian government claimed that its plans for reform were finalised, ordering the restructuring or closure of all 26 institutions for children with mental disabilities.

Despite what seemed like a step forward, the government maintained that segregated schools would continue to exist for those with multiple or severe disabilities.

Mircheva said that for her the most important outcome of the case was that the State would no longer be able to plead poverty when trying to explain away its failures.

While political instability slowed the passage of the new law before the parliament, Mircheva confirmed that it has now passed its first reading and would be presented for a second reading in parliament an upcoming session.

Although some members of the Bulgarian parliament still make the case that children with disabilities are ineducable, this case helped to cement the principle that all children have a right to education.

CRIN’s collection of case studies illustrates how strategic litigation works in practice by asking the people involved about their experiences. By sharing these stories we hope to encourage advocates around the world to consider strategic litigation to challenge children's rights violations. For more information, please visit: https://www.crin.org/en/home/law/strategic-litigation/strategic-litigation-case-studies 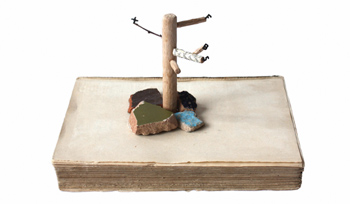