Best interests and the prohibition of violence: FGM and non-refoulement before the CRC

In its 77th session in January, the Committee on the Rights of the Child (CRC) published its first views under the third Optional Protocol, the communications procedure: IAM (on behalf of KYM) v Denmark. This is an important development in the jurisprudence of the CRC and is procedurally significant because it is the first time a communication has passed the admissibility stage and has been considered on its merits.

CRIN initially published a summary of the facts and the Committee’s main views in January. This post by Ruth Brittle, a PhD candidate at the University of Nottingham, provides more critical analysis of the CRC’s approach in light of its own approach to non-refoulement and international children’s rights approaches.

Facts of the case

The author of the communication was a Somali national, who along with her daughter was the subject of a deportation order to the Puntland State of Somalia.

The author had arrived in Denmark in September 2014 and together with her husband applied for asylum. The husband’s application was rejected and he was transferred to Sweden under the EU's Dublin Regulations.

The Danish Immigration Service (DIS) rejected the applicant’s application for asylum in October 2015, when she was six months pregnant. She appealed the decision on the grounds that she feared for her life because she had married a man against her family’s will and she feared that her unborn daughter would be subject to female genital mutilation (FGM) if she were returned to Somalia (and in particular the Puntland State of Somalia).

The Danish Refugee Appeals Board (RAB) rejected the appeal and ordered her deportation to Somalia without specifying a region. The RAB relied on a report by the DIS that FGM was prohibited by law throughout Somalia and thus concluded that the applicant’s daughter would not be at risk of being subjected to FGM in Somalia. At this stage the author had exhausted all domestic remedies.

The complaint before the Committee on the Rights of the Child

The complaint by the author was that the return to Somalia of both her and her daughter would violate Articles 1, 2, 3 and 19 of the CRC because she would be at risk of FGM.

The author felt that she would not be able to withstand the social pressures to protect her daughter from being subject to FGM. The author asserted that although FGM is prohibited by law in Somalia, the law is not enforced in the Puntland State and it is still widely practised.

The author argued that she would not be able to resist societal pressure to subject her daughter to FGM in a country where 98% of women have been subjected to the practice. She would not be able to seek protection from the authorities in her region and she feared her family would not protect her because she had married a man they did not approve of. The author argued, in relation to Article 3 of the CRC, that Denmark was required to act in her daughter’s best interests and allow her and her daughter to remain in Denmark.

Further, Denmark asserted that the decisive issue was whether the mother had the willingness and ability to protect her daughter from being subjected to FGM.

The state party argued that as she chose to leave Somalia and travel to Europe, she had demonstrated that she was an independent woman with considerable personal strength who would be able to resist any social pressure in her home state, thus being able to protect her daughter from FGM.

The Committee reiterated the Convention on the Rights of the Child’s articulation of best interests; that it should be a primary consideration. The 2017 Joint General Comment of the Committee on the rights of Migrant Workers (CMW) and the CRC no 3/22 supports the Committee’s view that the state should ensure that the best interests of the child is a primary consideration and the state should ensure, within a procedure and with proper safeguards, that "the child, upon return, will be safe and provided with proper care and enjoyment of rights" (para 11.8).

The Committee considered that the author’s independence and personal strength in travelling to Europe may be interpreted as the author’s inability to resist social pressure but stressed that the rights of the child under article 19 CRC should not be dependent on the mother’s ability or willingness to resist social pressure to subject her daughter to FGM.

The evaluation of risk of harm to the author’s daughter should take account of the ‘principle of precaution’: if there is reasonable doubt that the receiving/home state cannot protect the child against such practices, the state party should refrain from returning the child.

The Committee concluded that Denmark failed to take the best interests of the child into account when assessing the risk of harm and to take proper safeguards to ensure her well-being on return (thus extending the notion of non-refoulement under the CRC). On the basis of the facts before it, the Committee determined that there had been a violation of Articles 3 and 19 and that Denmark must refrain from returning the child and her mother to the Puntland State of Somalia.

The Committee focused its views on the children’s rights perspective and the individual circumstances of the mother and child which contrasted with the approach of DIS, which relied on its own report on FGM in Somalia.

The decision highlights how evaluation of risk must be conducted by the returning state on an individualised basis and in an age and gender-sensitive manner, taking into account the specific forms and manifestations of persecution from a child’s perspective.

Denmark failed to consider the best interests of this child, when assessing the risk of FGM and to implement proper safeguards to ensure the child’s well-being upon return (para 11.8(d)).

The views highlight the recent Joint General Comments of the CMW and CRC and the current focus on the rights of children in the context of international migration.

The Committee’s views correspond with the broader United Nations (UN) framework on the rights of refugees, in particular the New York Declaration for Refugees and Migrants and the development of the UN’s Global Compact on Refugees and Safe and Orderly Migration which seek to uphold the principle of non-refoulement and the best interests of the child.

The Committee restated that the non-refoulement obligation means a child should not be returned to a country where there are substantial grounds for believing that there is a real risk of irreparable harm to the child, such as, but by no means limited to, those contemplated under Articles 6 and 37 (para 11.3, quoting General Comment No 6).

Although, potentially, the Committee missed an opportunity to clarify the meaning of ‘irreparable harm’, it is encouraging that the Committee has confirmed that Article 19 of the CRC includes a prohibition on refoulement and thus a child should not be returned if there is a real risk of FGM.

The Committee’s discussion on best interests is surprisingly brief, with no reference to the best interests guidance set out in General Comments No.6 and No.14, especially given the primacy attached to the principle by the Committee.

However, the introduction of a ‘principle of precaution’ in the Committee’s jurisprudence is an interesting development, which, together with the best interests principle, could have a profound positive effect on children facing deportation or removal.

In this context, the Committee clarified that where there are ‘reasonable doubts’ that the home state is unable or unwilling to protect against harm of this nature, the host state should refrain from returning the child.

As Klaassen and Rodrigues have highlighted in their Leiden blog, the CRC has adopted a ‘diametrically opposite approach’ to that of the European Court of Human Rights, which focuses on parental choice and/or the ability of parents to resist societal pressure to subject their daughters to FGM.

The CRC correctly focuses on the right of the child to be free from violence and the risk of FGM, and the responsibility of the state to protect the child within its jurisdiction, not the ability or willingness of the parent to protect their child from FGM in their home state.

FGM is a practice so deeply engrained in the society of Somalia and the state that authorities are unable or unwilling to enforce the prohibition on it. The approach the CRC adopts is consistent with their holistic approach to children’s rights, emphasising the state’s obligation to act proactively to protect the child from harm.

The two recent joint General Comments, the Initiative on Children’s Rights in the Global Compacts and this case stress the need for the international community to focus on a principled child-rights and well-being approach to protection, based on a child’s best interests, which should override the migration control priorities of the state. 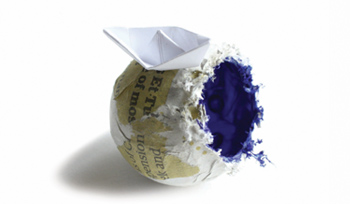