The modern Republic of Yemen was born in 1990 when traditionalist North Yemen and Marxist South Yemen merged after years of border wars and skirmishes. But the peace broke down in 1994 and a short civil war ended in defeat for separatist southerners and the survival of the unified Yemen. Many armed Islamist groups, mainly the Islamic Jihad in Yemen (IJY) and the Aden Abyan Islamic Army (AAIA), then started to appear in the early 90s in the south.

Since the summer of 2009, north Yemen has seen hundreds killed and more than a quarter of a million people displaced by clashes between government troops and northern Houthi rebels from the minority Shia Zaidi sect. The fighting between government forces and the Houthis had started in 2004. The government declared a ceasefire with the northern rebels in February 2010.

Ali Abdallah Saleh, Yemen's longest-serving leader in recent times, was re-elected to another seven-year term in September 2006. Demonstrations gripped the country in February 2011, demanding that President Saleh step down. Government forces and pro-government gangs responded to the largely peaceful demonstrations with excessive and lethal force. President Saleh stepped down on November 23 and presidential elections were held in February 2012 with Saleh’s former vice president Abdu Rado Mansour Hadi as the sole candidate on the ballot.

The war in the south

In 1962, an army coup ended centuries of rule by the Zaidi imam, establishing the Yemen Arab Republic (YAR), in what many referred to as North Yemen. In 1967 the British protectorate known as South Yemen achieved independence as the socialist People’s Democratic Republic of Yemen (PDRY).

The leaders of south and north, Ali Salim al-Baidh and Ali Abdullah Saleh, declared the union of the two Yemens on May 22, 1990 as the Republic of Yemen. The first elections were held in 1993; rather than consolidate unity, the elections reinforced the divide between southern Yemen, which overwhelmingly voted for Yemeni Socialist Party (YSP) candidates, and northern Yemen, whose voters returned candidates of the Islah party, an Islamist group, and the General People’s Congress (GPC), the party of President Saleh.

Relations between the YSP and the GPC deteriorated over issues including the speed and extent of integration of the two separate armies, bureaucratic and judicial reform, and measures against corruption and terrorism. A civil war in April-June 1994 ended in the defeat of the south.

A significant part of the population in the South still demands independence as many feel the region has been marginalised since unification. Small protests in 2007 followed by a bigger movement led by the Yemen Socialist Party with broad support from the southern Yemeni society, escalated demands for secession and the establishment of an independent state in the south.

Since the start of the protests in 2007, the Southern Movement - a large and politically potent coalition of secessionist groups - has publicly insisted that it is peaceful. It has repeatedly rejected claims that it used armed resistance in achieving its goals, while the Yemeni authorities have responded to the protests with brutal force and routinely opened fire on protesters, killing and wounding unarmed demonstrators.

On the other hand, Islamist fighters in the south have been blamed for many bomb attacks and kidnappings. Islamic armed groups rose during the civil war in 1994 when they fought alongside the Armed Forces of the former Yemen Arab Republic (known as North Yemen). Some fighters identified themselves as being part of named groups, mainly the Islamic Jihad in Yemen (IJY) in the early 1990s and the Aden Abyan Islamic Army (AAIA) later in the decade. Such armed groups apparently use the Hutat mountains (near the city of Ja’af in the Abyan governorate) as a sanctuary and training base.

Since 2000, attacks by armed groups have targeted government officials, foreign embassies and tourists, killing dozens of civilians in suicide bombings and other attacks. After the war in Iraq in 2003, many fighters who travelled to Iraq to fight with Al-Qaeda had received training in Yemen, including in the Hutat Mountains.

In early 2011, during the uprising against former President Saleh (jump to the section on the uprising), Ansar El Sharia, an armed group affiliated with Al Qaeda rapidly established control of Ja’af (a city in the Abyan governorate). By mid-2011, the armed group controlled most towns and villages in Abyan leading to an armed conflict with the Yemeni government forces. By the end of June 2012, the government, with the assistance of US drone strikes, had driven Ansar El Sharia fighters out of the cities and towns they had controlled.

Between mid-2011 and early 2012, an estimated 200,000 people from the southern governorates were displaced due to the fighting. Many of them have moved back home in 2013. Ansar El Sharia committed a wide range of human rights abuses, imposing inhuman punishments, including summary killings and amputations, among other activities. Both parties committed many violations against international humanitarian law.

The war in Sa’da (north Yemen)

Since mid-2004, an armed conflict has raged in the northern governorate of Sa’da, near the border with Saudi Arabia. A group known as the Houthis has fought the Yemeni government forces and pro-government tribal fighters through six main rounds of fighting. The Houthis claim that the region has been marginalised and ignored by the central government and want more autonomy for the north.

The most recent round of fighting began around August 12, 2009 and spread to all districts in Sa’da governorate and then south to Amran and Jawf governorates (see map of Yemen). Between November 2009 and January 2010, Saudi Arabia joined the conflict against the Houthis preventing persons seeking refuge from crossing its borders, forcing thousands back to Yemen. On February 11, 2010, the Yemeni authorities announced a ceasefire.

Media outlets reported on numerous alleged atrocities against civilians committed by both parties to the conflict. As of mid-August 2010, the conflict had displaced almost 330,000 people. Government forces and Huthi fighters have been reported to recruit children.

Since November 2011, the Huthis have vastly expanded their territorial control and have also clashed with northern followers of Salafism (a Sunni Islamic movement), and with the Islamist Islah Party. The UN Office of the Coordination of Humanitarian Affairs (OCHA) reported on 14 February 2005 that about 7,000 internally displaced persons have fled their homes in Hajjah due to the fighting.

The uprising against former President Saleh

In February 2011, inspired by the popular uprisings in other countries in the Middle East, Yemenis in major cities including the capital, Sanaa, as well as Aden and Taizz in the south, began holding peaceful demonstrations in which they demanded the resignation of President Ali Abdullah Saleh, who had been ruling the country since 1990.

Peaceful demonstrations were soon overshadowed by clashes between government forces and opposition fighters in May 2011 which continued until early December.

Humanitarian conditions have worsened dramatically since the uprising with hunger and malnutrition levels growing at an alarming rate.

On November 23, 2011, President Saleh signed an accord drafted by the Gulf Corporation Council (GCC) and backed by the United States and the European Union, to immediately transfer power to his Vice President Abdu Rabo Mansour Hadi. In exchange, Saleh and his officials were offered immunity from prosecution from crimes committed during his presidency. Presidential elections were held in February 2012 with Abdu Rado Mansour Hadi as the sole candidate on the ballot.

Although the GCC helped avoid a civil war, it did not respond to the demands of the people who took to the streets against corruption and for a change in the political scene. In 2012, Yemen’s parliament granted immunity from prosecution to former president Ali Abdullah Saleh and to his advisers.

A six-month national dialogue began in March to make recommendations to guide the upcoming drafting of a new constitution. The process has involved 565 representatives of political parties and various segments of society, including women and youth. The dialogue has continued past the six-month timetable. The main parties and the President agreed in February to transform the country into a six-region federation, four in the north and two in the south, as part of a political transition to a more democratic State. Southern separatists rejected the move, insisting on the creation of a separate State in the south.

NGOs and UN agencies have been warning of a major humanitarian crisis in Yemen due to the conflicts in the north, the south and the capital Sanaa.

“The humanitarian crisis in Yemen has reached a level where it affects millions of people, not only internally displaced people, refugees, and migrants, but also ordinary Yemeni families in all areas,” said a joint statement by international humanitarian actors, including UN agencies, the League of Arab States, and the Organisation of Islamic Conference, after a 6 May 2012 meeting in the Egyptian capital, Cairo.

Most of the recently displaced families were forced out of their homes at short notice when fighting came close to their communities. “It is likely that these 13,500 new IDPs [internally displaced persons]… will remain displaced for a protracted period, possibly years,” OCHA said.

Involvement of children in armed conflict

The report of the Secretary-General to the Security Council on children and armed conflict issued on 26 April 2013, documents the association of children with government forces and various armed groups, including Ansar al-Sharia.

Children affected by armed conflict in 2012 according to the Report of the Secretary-General to the Security Council (May 2013):

53 reports of recruitment and use of children between 13 and 17 years of age;

-        165 attacks on schools affecting a total of 150 schools. In addition, 45 schools were closed as a result of the armed conflict and violence, disrupting the schooling of some 200,000 children;

The Report of the Secretary-General to the Security Council stated that 322 child demonstrators suffered tear-gas suffocation.

The UN Special Representative for Children and Armed Conflict (SRSG) was "horrified by the widespread use of explosive weapons in populated areas in Yemen, which has increased fivefold in 2012 and has had a disproportionate impact on children".

According to the SRSG, an emerging concern with regard to Ansar al-Sharia is the sexual abuse of boys associated with the group. The UN documented that three boys recruited by the group had been subjected to sexual violence in 2012.

Human Rights Watch reported that children recruited by the Yemeni army were used by a breakaway unit to protect anti-government protesters during the uprising against President Saleh in 2011. The organisation interviewed 20 soldiers in Sanaa who gave their ages as 14, 15, and 16, and said they had been serving in the army for one to two years. All were members of the Yemeni army's First Armored Division, whose commander, Gen. Ali Muhsin, defected to the opposition in March and has deployed his troops to protect anti-government protesters.

The 20 children said that they had been recruited to fight in the government's intermittent conflict with Houthi rebels since 2009 in northern Yemen. Some of the children said they had initially fought in a pro-government militia but were subsequently transferred to the First Armored Division, which led the campaign against the Houthis.

Human Rights Watch has also documented the Yemeni army's use of child soldiers in its fight against the Huthis.

During her mission to Yemen in November 2012, the SRSG secured a commitment from the government to end the recruitment and use of children by the Yemeni Armed Forces. She also met with a leader from the Houthis who pledged to work towards the reintegration of children. The UN in Yemen also ensured its readiness to work closely with the government and other partners in implementing these commitments and to reintegrate children and facilitate their access to education.

The 2012 Report of the Secretary-General to the Security Council.

The UN special representative for children in armed conflict.

Human Rights Watch, All Quiet on the Northern Front? (April 2010). 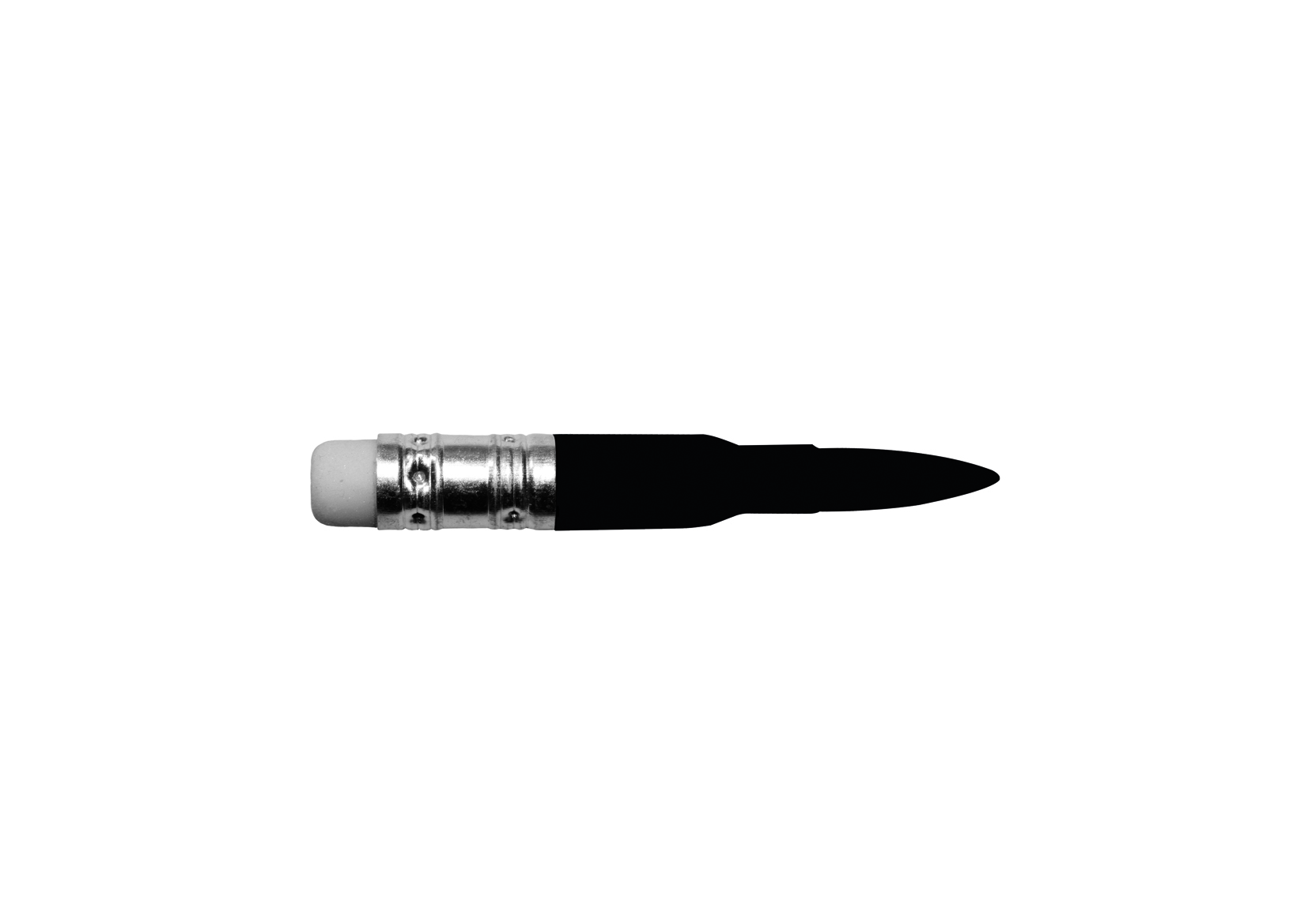