Case Summary:
Background:
A child, J, was in the sole custody of his father. J’s mother sought a court order to allow her to see him. J requested to see the guardianship judge and complained about his difficult relationship with his mother and her violent behaviour towards him. The father refused to cooperate with a specialised educator appointed to the case. Despite this, the guardianship judge ordered contact between J and his mother for two hours each month in a supervised setting in mediation centre. J’s lawyer appealed the order, asking the Court of Appeal to refuse contact to the mother on the grounds that J did not wish to see her and the alleged physical and verbal abuse.

Issue and resolution:
Contact with parent. The Court held that despite the child’s wishes, resuming contact with his mother would be in the best interests of the child.

Court reasoning:
Taking account of Article 12 of the CRC (the right to be heard), the Court declared that J was directly concerned by the case and that he was capable of forming his own views. Therefore his participation in the proceedings, through the assistance of a lawyer, was declared admissible. However, the Court of Appeal said it was not necessary for J to be heard again since he had already been already heard by the guardianship judge.

The Court of Appeal stated that the best interests of the child principle generally requires that children maintain contact with both parents. Given that there was no danger to the health, morals or safety of J, a normal relationship between him and his mother should be attempted. Despite his hostile behaviour towards the specialised educator, J’s father should facilitate contact between J and his mother. Contact between J and his mother should be maintained to ensure that the situation between them will return to normal.

Therefore, the Court of Appeal confirmed the guardianship judge’s order that J and his mother shall meet once a month for two hours in a supervised mediation setting.

As translated by CRIN:
“Considering the terms of Article 12 of the CRC, adoped in New York on 20 November 1989 and which came into force in Monaco by order n° 11-003 of the 1 September 1993: “1. States Parties shall assure to the child who is capable of forming his or her own views the right to express those views freely in all matters affecting the child, the views of the child being given due weight in accordance with the age and maturity of the child.

2. For this purpose, the child shall in particular be provided the opportunity to be heard in any judicial and administrative proceedings affecting the child, either directly, or through a representative or an appropriate body, in a manner consistent with the procedural rules of national law.”;

Having regard to the directly applicable provisions of this Convention, the intervention of J.R. in this debate, through the assistance of a lawyer, who has an interest in the litigation and is capable of judgement and having regard to his age, must be declared admissible.” 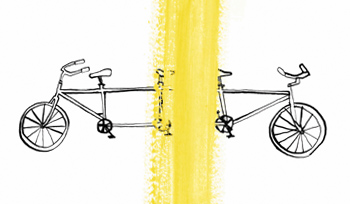