Instruments Cited:
European Convention on Human Rights, Article 8: Right to family and private life
Art. 2, Law 91/1992:  Italian citizenship passes down from parents (“ius sanguinis”)
Art. 33, Law 218/95:  Nationality of child is determined at birth, and child is citizen of country in which one of his parents is a citizen.
Art. 65, Law 218/95:  Foreign provisions about the status of persons are applicable in Italy, provided they aren’t contrary to the public interest.
Law 154/2013:  Equal treatment to children born inside and outside marriage.

Case Summary:
Background:
Two women (one Spanish, one Italian) had a child in 2011 using the egg of the Italian woman, which was implanted in the Spanish woman, who carried the pregnancy to term. Because the child was born in Spain, which permitted two mothers to be listed on the birth certificate, the original birth certificate stated that the child had two mothers, one of whom was Italian. However, a first instance court in Italy ruled that the certificate cannot be recognised in Italy because it includes two women. The couple challenged this decision to the Family Division of the Torino Appellate Court.

Issue and Resolution:
Parental status. Whether the child’s Spanish birth certificate - which recognises two mothers - should be recognised in Italy. The Court held that recognition of the child’s Italian mother (and effectively, his citizenship) was in the best interests of the child.

Court Reasoning:
The Court noted that Italian law provides for citizenship to be acquired by children through their parents. Accordingly, by virtue of having an Italian mother, the child was entitled to Italian citizenship. It further stated that recognising same-sex families is not contrary to the public interest, and that public interest must consider the interests of children. Since family rights have been extended to children born to opposite-sex couples conceived using artificial insemination techniques, the same should apply to same-sex couples. Furthermore, the child would be prejudiced if both mothers were not recognised, especially because the mothers are now divorced.   The best interests of the child, therefore, require that the foreign birth certificate is recognised. 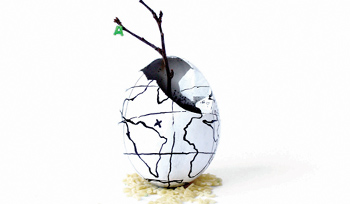