Sumayyah Mohammed v. Moraine and Another

Case Summary:
Background:
The applicants in this case, who was a Muslim pupil, challenged the refusal of the school to allow her to wear dress conforming to the hijab, instead of the school uniform, and her subsequent suspension from attending classes. The principal and board of management of the school had explained that, if an exemption were allowed to her, other parents would also seek exemptions; further, that the uniform was a useful tool in administration, was conducive to good discipline, and created a sense of unity and of family.

The applicant instituted proceedings for judicial review of the decision to suspend her and also claimed redress for contravention of her constitutional rights, in particular those under section 4(a) (right to enjoyment of property), (b) (right to equality before the law) and (d) (right to equality of treatment by public authorities) the Constitution of Trinidad and Tobago.

Issue and resolution:
School dress. The Court was asked to decide whether the applicant’s constitutional rights to equality before the law and treatment by public authorities were breached by the school’s refusal to allow her to wear her hijab. Quashing the school’s decision, the Court held that, although the school had the right to insist on compliance with school regulations, its policy was inflexible and it had been unreasonable in the exercise of its powers.

Court reasoning:
The Court determined that the school exercised functions of a governmental and coercive nature when it refused admission to the applicant on account of her not wearing school uniform and accordingly was susceptible to proceedings for redress of constitutional rights. No violations of  section 4(b) (right to equality before the law) or section 4(d) (right to equality of treatment by a public authority) were found in the absence of bad faith or hostile intention on the part of the respondents. Nonetheless, the Court ordered that the respondents’ decision is quashed as they had applied the school regulations inflexibly and had not taken into account the psychological effect on the applicant of refusing to allow her to conform to the hijab. There was no evidence to support the respondents' plea that conforming to the hijab would be conducive to indiscipline or would erode the sense of tradition or loyalty to the school, nor that it would accentuate distinctions between students from affluent homes and less affluent ones. In these regards the decision of the respondents had been an unreasonable exercise of their powers conferred by the Education Act and was unsustainable.

Link to Full Judgment:
Not publicly available. Can be found in the West Indian Law Reports on LexisNexis. 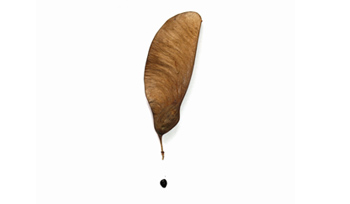