CRC Provisions:
Article 3: Best interests of the child
Article 20: Protection of a child without family
Article 21: Adoption
Committee on the Rights of the Child, General Comment No. 7

Background:
Ms Strand Lobben became pregnant in 2008. At the time she did not have a permanent home and was temporarily living with family. After giving birth, she agreed to move into a family centre organised by the child welfare authorities so that she could receive support. The following month, the mother left the facility and child welfare authorities took the child into immediate and compulsory care on the grounds that the mother was not providing the care necessary for the child. For a period, Ms. Strand Lobben was permitted court ordered visits, and during this time she married and had a second child who remained in her care. In 2011 the County Social Welfare Board terminated her parental responsibilities for the child and allowed the foster family to apply for adoption. The City Court upheld the Board’s decision. Ms. Strand Lobben unsuccessfully appealed to the High Court and was denied leave to appeal to the Supreme Court before she filed a complaint to the European Court of Human Rights.

Issue and resolution:
Child custody; parental authority; adoption. Norwegian authorities did not violate the right to private and family life of Ms.Strand Lobben and her child by terminating parental authority and allowing the child to be adopted by his foster family.

Court reasoning:
The ECHR’s case law has established that States have a wide margin of appreciation in assessing whether it is necessary to take a child into care, but that stricter scrutiny is required of any further limitations, such as restrictions on parental access to children or legal safeguards to ensure effective respect for the rights of parents’ and children’s right to family life. The Court assessed whether these standards had been met at each stage of proceedings.

Decision making procedures. The ECHR found that the decision processes of the Child Welfare Board and City Court were fair and capable of safeguarding the rights of Ms. Strand Lobben and her son. Each body was made up of a judge, psychologist and layperson; the each heard 27 witnesses and were provided with diverging professional opinions; and Ms. Strand Lobben was able to engage fully with the hearings.

Decision not to continue foster care. The ECHR applied its case law which has established that a child’s interest in not undergoing further changes to their family situation may prevail over a parent’s interest in seeing their family reunited where a considerable period of time has passed since the child was first placed in care. In the current case, Ms. Strand Lobben’s son had been in care for three and a half years, which met the threshold of “a considerable period of time’. The ECHR also considered that the City Court had justified the fact that one of Ms. Strand Lobben’s children should remain in her care while the other should not, on the basis that the child in foster care had special care needs and that this decision had been based on relevant evidence.

Decision to remove parental authority and authorise adoption. The ECHR applied its case law, which has established that the termination of parental authority and adoption of a child may only be applied in exceptional circumstances if motivated by an overriding requirement in the child’s best interests. On the facts of this case, the ECHR found that the national court had struck a fair balance between the competing interests at stake, particularly the need of the child at the centre of the case for security in his foster environment. The ECHR highlighted the emphasis the City Court had placed on permitting the adoption as a means of strengthening the child’s sense of belonging, the fact that he had only lived with his biological mother for three weeks and that the Welfare Board had found that the mother lacked the capacity to “empathise and understand” the situation of the child.

Dissent:
Three judges dissented from the majority. Their judgment mirrored the findings of the majority that the deprivation of parental responsibilities and authorisation of adoption may only be justified in exceptional circumstances and may only be justified if motivated by an overriding requirement in the best interests of the child, but found that this requirement had not been met on the facts of the case. The dissenting judges found that the majority’s analysis was almost exclusively procedural and had not sufficiently applied the principles at stake to the facts of the case.

Excerpts citing CRC and other relevant human rights instruments:
70. The Supreme Court again set out the general principles applicable to adoption cases in a judgment of 30 January 2015 (Rt. 2015 page 110). It recalled that forced adoptions have severe impact and generally inflict profound emotional pain on the parents. The family ties were protected by Article 8 of the Convention and Article 102 of the Constitution. Also for the child, the adoption is an intrusive measure, which may, under Article 21 of the Convention on the Rights of the Child (see paragraph 74 below), accordingly only be decided when in his or her best interests. However, when there were decisive factors on the child’s hand in favour of adoption, the parents’ interests would have to yield, as had been provided by Article 104 of the Constitution and Article 3 § 1 of the Convention on the Rights of the Child (see paragraph 74 below). Reference was made to Aune, cited above, § 66, where the Court had set out that an adoption may only be authorised when justified in “an overriding requirement pertaining to the child’s best interests” (see, also, paragraph 106 below), which corresponded to the standard of “particularly weighty reasons” as set out by the Supreme Court in the judgment that had been scrutinised by the Strasbourg Court in Aune (see paragraph 69 above). 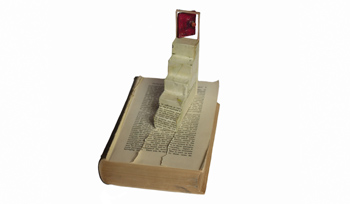