Background:
The plaintiff’s son, Mr. Pledger, used the drug Risperdal from the age of eight to 12 to treat symptoms arising from his autism. When he was first prescribed with the drug it was not approved by the U.S Food and Drugs Administration (“FDA”) for use by children. As a teenager Mr. Pledger developed a condition, known as gynecomastia, a possible side effect of Risperdal in which males develop breasts. His mother filed a complaint on his behalf against the defendant pharmaceutical company, alleging the company failed to provide adequate warning on the risks associated with Risperdal.

In this trial by jury, the Court considered whether the defendant company was negligent in failing to warn of the risks associated with the use of Risperdal.

The Court found the defendant had been negligent by failing to provide an adequate warning to the doctor prescribing Mr. Pledger with Rispersal, of the risks of gynecomastia. This negligence was considered by the Court to be a cause of the plaintiff’s injuries. The Court awarded damages to the plaintiff of $2.5 million.

Janssen Pharmaceuticals have filed an appeal against the decision, the company maintains Mr. Pledger was not harmed by the use of the drug. This was the first trial concerning the failure of Janssen Pharmaceuticals to warn of the risks of gynecomastia arising from the use of Risperdal. In the second Risperdal case against Janssen, the company was again found to have failed to warn about the risks of gynecomastia from use of the drug, however the jury did not award damages in that case after accepting the company’s argument that the plaintiff developed breasts long after he stopped using the drug. There could no proven link between the drug and the plaintiff’s condition. Thousands more lawsuits relating to Rispersal are expected against the company.

In a separate case in 2013 Johnson and Johnson agreed to a settlement of $2.2 billion to end civil and criminal investigations on bribes to pharmacists and the marketing of pharmaceuticals, including Risperdal, for unapproved use. The company was also separately fined $124 million for improper marketing of Risperdal, the Supreme Court of the United States declined to hear the company’s appeal against the decision. 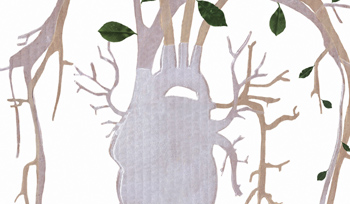