Background:
LP and JP were a couple seeking to adopt N, a 2-year-old child from Thailand whose parents worked for a family acquaintance of the couple. LP and JP arranged for N and her family to visit New Zealand, after which the girl’s parents returned to Thailand and N remained with the couple in New Zealand. The defendant New Zealand adoption authorities (Department of Child, Youth and Family Services) refused to support LP and JP’s adoption application as they considered it would not be in the best interests of N or in compliance with her rights under the CRC. Instead, they made an order for N to return to her family in Thailand.

LP and JP then decided to proceed with their pending application to become prospective adoptive parents, which was pending prior to N’s visit to New Zealand. The application procedure required the adoption authorities to prepare a so-called ‘home study report’ examining the suitability of the couple to become adoptive parents. The adoption authorities proceeded to issue a negative home study report without giving the couple a fair opportunity to respond to the concerns surrounding what happened with N. LP and JP brought the current case asking the court to rule that the adoption authorities had acted unreasonably and in breach of the laws and rules of natural justice. They argued that the principle of the best interests of the child should only be a consideration and not paramount.

Issue and resolution:
Intercountry adoption. Whether the adoption authorities were correct to consider the interests of the child as paramount. The Court held that it was correct to treat the welfare and interests of the child as a paramount consideration. However, the Court found the plaintiffs had not been treated in accordance with the principles of natural justice as they had not been given a fair opportunity to respond to the findings of the Service before the home study report was finalised. The report was found unlawful and declared invalid.

Court reasoning:
The Court took into account concerns of the authorities who found adoption not to be in the best interest of N as she was from an intact family, with no evidence that her parents were unable to provide for her welfare and interests, and that N’s mother may not have given informed consent to the adoption due to the involvement of her employer. The arrangement between LP and JP and N’s family was also unlawful under New Zealand’s law (under the Adoption Act children under 15 years of age may not be kept in the home for the purpose of adoption without a social worker’s approval or interim order for adoption) as well as Thai law (which does not permit private intercountry adoptions).

N’s proposed adoption would also have been in breach of international law - the Hague Adoption Convention and the UN Convention on the Rights of the Child. The Court explained that under Article 21 CRC on adoption the interests of the child must be the paramount consideration. Intercountry adoptions should be considered as an alternative where the child cannot be placed in foster or an adoptive family or other suitable manner in country of origin. The plaintiffs argued that as the CRC had not been incorporated into New Zealand law the paramountcy principle should not apply and New Zealand’s Adoption Act, which only requires that the child’s welfare and interests be promoted by the adoption, should be applicable to this case instead of the CRC. This argument was rejected by the Court because although CRC has not been incorporated into New Zealand law, domestic legislation must be read and interpreted in compliance with the country’s international obligations. The Court also rejected the argument that Article 23 of the International Covenant on Civil and Political Rights which provides for a ‘right to found a family’ includes a right to adoption.

Therefore, the Court found that the adoption authorities were correct to consider the interests of the child as paramount. However, the Court noted that the authorities had advised the plaintiffs they would be able to respond to the Service’s concerns before the home study report was finalised. As the plaintiffs were denied a fair opportunity to respond to the report’s findings, the Court ruled they had not been treated in accordance with the principles of natural justice and the report was held to be unlawful and declared invalid.

Excerpts citing CRC and other relevant human rights instruments:
United Nations Convention on the Rights of the Child (“UNCROC”)

[20] Accordingly, pursuant to the Treaty (Article 21) both New Zealand and Thailand are required in respect of adoptions to - “… ensure that the best interests of the child shall be the paramount consideration.”

[21] Party States must ensure that the adoption of a child is authorised only by competent authorities, and are required to recognise that inter-country adoption may be considered as an alternative means of a child’s care if the child cannot be placed in a foster or an adoptive family or cannot in any suitable manner be cared for in the child’s country of origin.

[22] Other more general Articles in UNCROC support the fundamentals in respect of adoption set forth in Article 21, e.g. Article 3 requires that the best interests of the child shall be the primary consideration in all actions concerning children. Article 7 states that a child has the right as far as possible to know and be cared for by his or her parents. Article 8 requires that States parties respect the right of the child to preserve his/her identity including national and family relations.

[23] Unlike the Hague Convention, UNCROC has not been implemented as part of New Zealand law. Nevertheless its relevance and importance to New Zealand’s adoption law has been emphasised in a number of cases (GM v T [1996] NZFLR 817, 827; Re Adoption Application by JLH [1994] NZFLR 798, 805; T v J [2000] 2 NZLR 236). In T v J the Court referred to the commitment made by New Zealand to implement the principles of UNCROC in domestic legislation; and that while Declarations are not binding, they have moral force which requires domestic legislation to be read and interpreted, to the extent it permits, in a manner consistent with New Zealand’s international obligations under the Treaty. In that case the Court quoted from the judgment of the Court of Appeal delivered by Keith J in New Zealand Airline Pilots’ Association Inc v Attorney-General [1997] 3 NZLR 269, 289 - “We begin with the presumption of statutory interpretation that so far as its wording allows legislation should be read in a way which is consistent with New Zealand’s international obligations . . . That presumption may apply whether or not the legislation was enacted with the purpose of implementing the relevant text.”

[123] It does not in my view, assist the plaintiffs’ argument that as recently as December 2000 in Children in New Zealand: United Nations Convention on the Rights of the Child: Second Periodic Report of New Zealand it was acknowledged that the Adoption Act 1955 does not contain a paramountcy provision. The report stated that the Act was currently under review and it was likely that the review would consider this issue. The commitment of New Zealand to the relevant international covenants and the importance of giving effect to that commitment in matters concerning adoption has been now firmly recognised by our Courts (refer para [23]). In this case where both New Zealand and Thailand have ratified UNCROC it would, I consider, be incorrect and inconceivable that the Service in playing its part in the process involved in an inter-country adoption between the two jurisdictions should not pay due regard to Article 21 of UNCROC and the relevant provisions of the Hague Convention.

CRIN Comments:
CRIN believes this decision is in compliance with the CRC. States are required to consider the interests of the child as paramount in adoptions and that intercountry adoptions be an alternative where the child cannot remain in his or her country of origin under Article 21. The Committee on the Rights of the Child in its 2011 Concluding Observations recommended New Zealand resume its review on adoption legislation and bring it into compliance with CRC and the Hague convention (para.34). 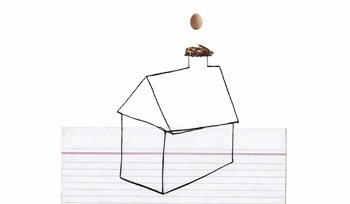