Court:
United Nations Committee on Elimination of Discrimination against Women

Instrument(s) Cited:
UN Convention on the Elimination of All Forms of Discrimination against Women, Articles 1, 2 (c) and (f), 3, 5, 12 and 16 (e) and General Recommendation No. 24, protecting women’s right of access to healthcare without discrimination based on their status as women, their rights to have considerations of their own physical and mental health outweigh that of their unborn foetus

Case Summary:
Background:
L.C. was sexually abused by a 34-year-old man. At the age of 13, she became pregnant and attempted suicide by jumping from atop a building. The trauma from the jump required surgery in order to reduce the risk of L.C. losing all use of her limbs. However, her doctors refused to perform the surgery when they found out she was pregnant. L.C. requested a therapeutic abortion, given the fact that the pregnancy was preventing her from getting the operation, and risking her life and recovery, but the request was denied by the hospital authorities. She attempted to appeal this decision but was denied. She later miscarried, and was able to have the surgery, but with a delay of several months later. She was left paralysed from the neck down.

Issue and resolution:
Abortion. Whether the refusal to perform a therapeutic abortion on L.C. violated her rights under CEDAW. The Committee found there had been a violation of a number of provisions of CEDAW, including the right to non-discrimination on the basis of gender in the provision of healthcare, and recommended that the State revises its laws and pays compensation to L.C. for the violations.

Court reasoning:
The Committee said that the State failed to show any other reason for which L.C.’s surgery was cancelled, therefore, it considered it be a direct consequence of the hospital discovering her pregnancy.

After Peru abolished its Health Act in 1997, there were no legal provisions in place that provided a procedure for requesting a therapeutic abortion, despite the procedure being allowed under article 199 of the Penal Code. Furthermore, the Committee found that the reasoning behind the decision to deny L.C.’s right to a therapeutic abortion (because she was no in mortal danger) put more emphasis on the health of the foetus and not on L.C.’s own health, which was clearly risking total paralysis, alongside increasing mental health issues, the longer she waited for the operation on her spine and the abortion. Therefore, the Committee concluded that, due to her condition as a pregnant woman, L.C. did not have access to an effective and accessible procedure to exercise her right to healthcare, which includes both access to the spinal surgery and to the therapeutic abortion.

The Committee recommended that the State pays adequate compensation to L.C. and that it revises its laws with a view to establish an effective mechanism for accessing therapeutic abortion and to decriminalise abortion in cases where the pregnancy results from rape of sexual abuse.

Notes:
Read a summary the related case of K.L. v. Peru. For more information about the follow up in this case, read CRIN’s strategic litigation case study. 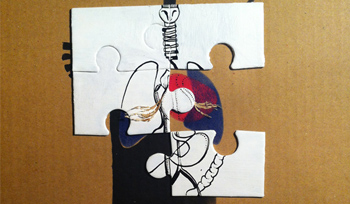