Case Summary:
Background:
A West Virginia high school administration suspended a high school student - Ms Kowalski - for creating and interacting with a MySpace webpage entitled “S.A.S.H.” which stood for “Students Against Sluts Herpes.” The content of the webpage was mainly devoted to ridiculing a fellow student.

Ms Kowalski had used her home computer to create the MySpace page and invited 100 people to join the page. About two dozen of her classmates joined the group where they could partake in an interactive chat and post photographs. Some students of the high school accessed the page from the school’s computers. One student uploaded pictures of himself making disrespectful gestures and holding signs degrading the victim of the page. Other students from the school posted comments regarding victim and her alleged sexually transmitted disease.

The victim and her parents filed a harassment complaint with the school’s administration. After an investigation of the site and interviews with Ms. Kowalski, the administration concluded that she had created a “hate website” which was a direct violation of the school’s policy against “harassment, bullying, and intimidation.” The school then punished her with a five-day suspension from school and a 90-day “social suspension” prohibiting her attendance from school events.

Ms Kowalski brought the present case against the school alleging that her suspension violated her rights to free speech and due process under the First Amendment of the US Constitution. She argued that the school administration was not justified in regulating her speech on the webpage because the speech was “private” and “out-of-school.”

Issue and Resolution:
Right to freedom of expression. Whether students may be punished by their school administration for speech that is made outside the school in a private setting. The court ruled that the school administration was justified in suspending the student because she had used the MySpace page to “orchestrate a targeted attack on a classmate, and did so in a manner that was sufficiently connected to the school environment.”

Court Reasoning:
The court recognised that the US Constitution protects free speech and expression even when “society finds the idea itself offensive or disagreeable.” However, speech within the school environment is held to a different standard. Because of the “special characteristics” of the school environment, school officials have “some latitude in regulating student speech to further educational objectives.”

Further, it is necessary to control speech that interferes with the school’s work and discipline, if the speech collides with or invades the rights of others. Thus, public school administrators have a compelling interest to regulate speech that is considered student harassment and bullying. The court also emphasised that schools have a duty to protect their students from harassment and bullying in the school environment because of their harmful impact on school aged children. Therefore, school principals must have the authority to prevent and punish harassment and bullying to allow them to provide a safe school environment that is beneficial for learning.

The court declared that the student’s speech was not entitled to protection from because it unquestionably interfered with another student’s rights and a safe educational environment. The “S.A.S.H.” MySpace page functioned as a platform for the student and her friends to direct “verbal attacks” at their classmate. The court reasoned that this type of speech is not required to be tolerated by the school system that is trying to educate students about the proper values and functioning of society.

Even when the speech takes place in a private setting such as the home, the First Amendment does not always protect one from punishment. In this case, the medium used (a webpage) is reasonably expected to reach beyond the private venue and affect the school environment, especially when the author of the page invited fellow classmates to partake in the harassing dialogue. Additionally, the court noted that other cases had also held that school administrators have the right to control student speech that does not begin in the school itself, “so long as the speech eventually makes its way to the school in a meaningful way.” And in this case, the Court concluded that the student’s speech certainly invaded the school body in a meaningful way and thus there was no breach of her right to freedom of speech. 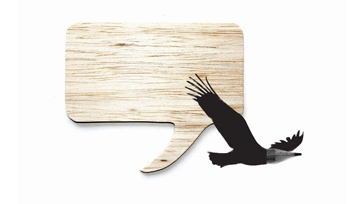