Case Summary:
Background:
The applicant was found guilty on three counts of premeditated murder committed in 1987, and was sentenced to a mandatory life imprisonment in respect of each count in 1989.

At the time of the sentence, the Prison (General) Regulations stipulated that life prisoners were eligible for remission of up to a quarter of their sentence. For that reason life imprisonment was defined as meaning imprisonment for twenty years. At the sentencing hearing, the court determined that the term “life imprisonment” in the Cypriot Criminal Code meant imprisonment for the remainder of the convicted person’s life (and not only for twenty years). Kafkaris was notified by the prison authorities that with good behavior he would qualify for release in 2002.

Meanwhile the Supreme Court of Cyprus declared the Regulations unconstitutional and ultra vires and a new regulation was enacted, which prevented life prisoners from applying for remission for good behavior. Accordingly, Kafkaris was not released in 2002. The only prospects of release now available to life prisoners in Cyprus were under the President’s constitutional powers to suspend, remit or commute a sentence on the recommendation of the Attorney-General or other statutory powers to order conditional release with the agreement of the Attorney-General.

The applicant argued there had been a violation of Articles 3 and 7 of the European Convention on Human Rights.

Issue and resolution:
Life imprisonment. The Court ruled that there had been no violation of Article 3 because a life sentence accompanied by a whole life order (i.e. a sentence that did not set a period after which the sentence had to be reconsidered) can be imposed if there was sufficient prospect for a release at some point in time. With respect to an alleged violation of Article 7 of the Convention, the Court ruled that there was a violation with regard to the quality of the law at the material time, but no violation in so far as the complaint regards the retrospective application of a heavier penalty and loss of possibility of remission.

Court reasoning:
Regarding the complaint of a violation of Article 3, the Court noted that even if the national law on mandatory sentences of life imprisonment did not provide for a minimum term or for the possibility of remission, the President on the recommendation of the Attorney-General can at any point in time commute a life sentence to another one of a shorter duration. A number of prisoners had in fact been released under these Presidential constitutional powers and life prisoners could benefit from the relevant provisions at any time without having to serve a minimum period of imprisonment. Therefore, although there were shortcomings in the procedure, Kafkaris could not claim that his continued detention, even though long, constituted inhuman or degrading treatment. Furthermore, the Court said that Kafkaris could not justifiably harbor genuine expectations that he would be released in November 2002. Accordingly, the Court found that there was no violation of Article 3 of the Convention.

With respect to the alleged violation of Article 7 of the Convention the Court distinguished between (i) the quality of the law and the retrospective application of a heavier penalty and (ii) loss of possibility of remission. The Court found that there had been a violation of Article 7 regarding the quality of the law. While the Cypriot Criminal Code clearly provided that premeditated murder carried the penalty of life imprisonment, in reliance upon the applicable Regulations at that time both the executive and the administrative authorities had been working on the premise that the penalty was tantamount to twenty years’ imprisonment and that all prisoners were eligible for remission of sentence for good behavior. Accordingly, at the time Kafkaris committed the offence, Cypriot law taken as a whole was not formulated with sufficient precision to enable the applicant to discern the scope of the penalty of life imprisonment and the manner of its execution. Therefore, there was a violation of Article 7 in this regard.

As regards the retrospective application of a heavier penalty and loss of possibility of remission the Court noted that this matter relates to the execution of the sentence as opposed to the penalty imposed on the applicant which remains that of life imprisonment. Accordingly, there was no violation of Article 7 in the latter regard.

Dissenting Opinions:
Judges Tulkens, Cabral Barreto, Fura-Sandström, Spielmann and Jebens
The judges did not share the majority’s conclusion on the alleged violation of Article 3 of the Convention. They accorded importance to the fact that the current system in Cyprus at that time provides for the prospect of release by the President is in practice extremely limited and there are no adequate safeguards against arbitrariness. Accordingly, Kafkaris had no real and tangible prospect of release, which they consider amounts to a violation of Article 3 of the Convention.

Judges Loucaides joined by Judge Jočienė
Judge Loucaides disagreed with the majority’s opinion as to the finding of a violation of Article 7 of the Convention. Confusion or an incorrect impression regarding the sentence notwithstanding the clear provisions of the Criminal Code, even if such problem is caused by the administrative authorities, cannot be considered to entail a violation of Article 7 because this Article is only concerned with the retrospective effect of criminal legislation and not with any confusion or wrong impressions on the part of applicants regarding their sentence. This does not fall under the scope of the Convention. Furthermore, the scope and nature of the sentence was, in accordance with the Criminal Code, sufficiently accessible, precise and foreseeable in its application to avoid all risk of arbitrariness. 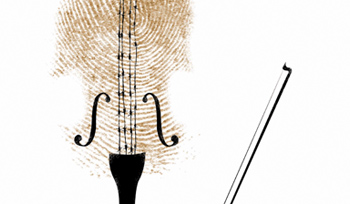