Jenie applied to register Christian with Dominique's surname and presented written evidence that Dominique had acknowledged that Christian was his child before his death. The application was denied on the ground that the child was considered to be born out of wedlock and Dominique has no capacity to acknowledge paternity of Christian or provide the documents required following his death.

Issue and resolution:
Paternity of child born out of wedlock. Whether or not the unsigned handwritten statement of the deceased father can be considered a recognition of paternity in a "private handwritten instrument" within the meaning of Article 176 of the Family Code. The Court held that it did and ordered Christian to be registered with Dominique's surname.

Court reasoning:
Although there is no express requirement in the law stating that a written instrument acknowledging paternity needs to be signed, the requirement for due execution is implied. In the present case, however, special circumstances exist to hold that Dominique's acknowledgement of paternity though unsigned by him, substantially satisfies the requirement of the law.

The law states that the welfare of the child shall be the "paramount consideration". It is in Christian's best interests to have legal certainty of his paternity and to allow him to bear the surname of his now deceased father and have a definitive name reflected in his birth certificate and avoid the stigma of illegitimacy.

Excerpts citing CRC and other relevant human rights instruments:
Our laws instruct that the welfare of the child shall be the "paramount consideration" in resolving questions affecting him. Article 3(1) of the United Nations Convention on the Rights of a Child of which the Philippines is a signatory is similarly emphatic:

Article 3(1): In all actions concerning children, whether undertaken by public or private social welfare institutions, courts of law, administrative authorities or legislative bodies, the best interests of the child shall be a primary consideration.

It is thus "the policy of the Family Code to liberalise the rule on the investigation of the paternity and filiation of children, especially of illegitimate children." Too, "the State as parens patriae affords special protection to children from abuse, exploitation and other conditions prejudicial to their development."

In the eyes of society, a child with an unknown father bears the stigma of dishonor. It is to petitioner minor child's best interests to allow him to bear the surname of the now deceased Dominique and enter it in his birth certificate.

CRIN Comments:
CRIN believes this decision is consistent with the CRC. The best interests of the child must be a primary consideration when determining all matters affecting the child, including the determination of the child’s paternity. 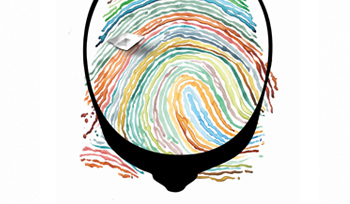