Domestic Provisions:
Article 188, Family Code: The written consent of the following to the adoption shall be necessary: (1) The person to be adopted, if ten years of age or over; (2) The parents by nature of the child, the legal guardian, or the proper government instrumentality; (3) The legitimate and adopted children, ten years of age or over, of the adopting parent or parents; (4) The illegitimate children, ten years of age or over, of the adopting parents, if living with said parent and the latter’s spouse, if any; and (5) The spouse, if any, of the person adopting or to be adopted.
Rule 99, Rules of Court: There shall be filed with the petition a written consent to the adoption signed by the child, if fourteen years of age or over and not incompetent, and by the child’s spouse, if any, and by each of its known living parents who is not insane or hopelessly intemperate or has not abandoned the child, or if there are no such parents by the general guardian or guardian ad litem of the child, or if the child is in the custody of an orphan asylum, children’s home, or benevolent society or person, by the proper officer or officers of such asylum, home, or society, or by such persons; but if the child is illegitimate and has not been recognized, the consent of its father to the adoption shall not be required.

Case Summary:
Background:
Mr Cang and Ms Anna Marie Clavano had three children and, following their separation, Anna Marie was awarded custody of the children and alimony by a Court in the Philippines. Mr Ceng moved to the United States, where he obtained a legal divorce in the state of Nevada. The divorce order from Nevada granted sole custody of the children to Anna Marie and visitation rights to Mr Cang and he continued to pay alimony to Anna Marie and his children. A few years later, the respondents Ronald and Maria Clavano, respectively the brother and sister-in-law of Anna Marie, filed proceedings for the adoption of the three children, with the consent of one of the children who was then 14 years old, as well as the consent of Anna Marie, who alleged that the petitioner had abandoned his children and forfeited his parental rights. Anna Marie submitted that the respondents have been assisting with the care of the children and will be ideal adoptive parents in her absence as she plans to move to the United States.

Upon learning of the application for adoption, the petitioner immediately returned to the Philippines and filed an opposition to the adoption. However, the trial court approved the adoption application based on the good standing of Ronald and Maria Clavano and observed that Mr Cang is morally unfit, financially inadequate and had taken citizenship abroad. Mr Cang appealed to the Court of Appeal and asserted that the petition for adoption was defective because, inter alia, he had  never abandoned his children and did not provide his written consent to the adoption and the children did not properly give their written consent. The Court of Appeal agreed with and upheld the trial court's decision approving the adoption. The current case is Mr Cang’s appeal to the court of last instance - the Supreme Court of the Philippines.

Issue and resolution:
Parental consent to adoption. The Supreme Court held that written consent by the natural parent was required and reversed the decisions of the trial court and Court of Appeal.

Court reasoning:
The Court explained that, although the law states that the written consent of the natural parent is indispensable for the validity of the decree of adoption, this requirement can be dispensed with in cases where the parent has abandoned the child or that such parent is “insane or hopelessly intemperate”. In the current case, however, the Supreme Court held that both the trial court and Court of Appeal had failed to appreciate facts and circumstances that should have elicited a different conclusion on the issue of whether petitioner had abandoned his children. Mr Cang had provided evidence demonstrating his on-going relationship with his children which the lower courts had ignored as they relied solely on the conclusion that the petitioner was not able to meet the welfare and best interests of the children, as he was poorer in financial status compared to respondents, and did not consider the emotional and psychological wellbeing of the children and the relationship they had with the petitioner. The Court said that parental rights cannot be entrusted to a person simply because the person could give the child a larger measure of material comfort than his natural parent. In ascertaining the welfare and best interests of the child, courts are mandated by the Family Code to take into account all relevant considerations, with the welfare of the child being the paramount consideration. Indeed, it would be against the spirit of the law if financial consideration were to be the paramount consideration in deciding whether to deprive a person of parental authority over his children. Therefore, there should be a holistic approach to the matter, taking into account the physical, emotional, psychological, mental, social and spiritual needs of the child.

Excerpts citing CRC and other relevant human rights instruments:
The case at bar applies the relevant provisions of these recent laws, such as the following policies in the “Domestic Adoption Act of 1998”:

(a) To ensure that every child remains under the care and custody of his/her parent(s) and be provided with love, care, understanding and security towards the full and harmonious development of his/her personality.

(b) In all matters relating to the care, custody and adoption of a child, his/her interest shall be the paramount consideration in accordance with the tenets set forth in the United Nations (UN) Convention on the Rights of the Child.

(c) To prevent the child from unnecessary separation from his/her biological parent(s).

Inasmuch as the Philippines is a signatory to the United Nations Convention on the Rights of the Child, the government and its officials are duty bound to comply with its mandates. Of particular relevance to instant case are the following provisions:

“States Parties shall respect the responsibilities, rights and duties of parents . . . to provide, in a manner consistent with the evolving capacities of the child, appropriate direction and guidance in the exercise by the child of the rights recognized in the present Convention.”

“States Parties shall respect the right of the child who is separated from one or both parents to maintain personal relations and direct contact with both parents on a regular basis, except if it is contrary to the child’s best interests.”

“A child whose parents reside in different States shall have the right to maintain on a regular basis, save in exceptional circumstances personal relations and direct contacts with both parents . . .”

“States Parties shall respect the rights and duties of the parents . . . to provide direction to the child in the exercise of his or her right in a manner consistent with the evolving capacities of the child.”

Underlying the policies and precepts in international conventions and the domestic statutes with respect to children is the overriding principle that all actuations should be in the best interests of the child. This is not, however, to be implemented in derogation of the primary right of the parent or parents to exercise parental authority over him. The rights of parents vis-à-vis that of their children are not antithetical to each other, as in fact, they must be respected and harmonized to the fullest extent possible.

CRIN Comments:
CRIN believes this decision is consistent with the CRC. According to Article 9 of the Convention, a child must not be separated from his or her parents without their consent, unless such separation is necessary in the best interests of the child. Furthermore, Article 21 mandates that, if required, the persons concerned have given their informed consent to the adoption of a child on the basis of such counselling as may be necessary. It is, therefore, clear that in considering whether to grant an adoption application, the courts must ensure that the natural parents of a child have granted their valid consent and this requirement should not be waived, except in a very limited set of circumstances. 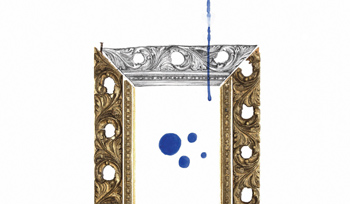