Citation:
Case of Handyside v. the United Kingdom, Application No. 5493/72

Case Summary:
Background:
The applicant is a book publisher, who published a book called “The Little Red Schoolbook”, intended for children ages 12 and above. The book contained information about sexual subjects, such as pornography, abortion and masturbation, and about illegal drug use. Copies of The Little Red Schoolbook in the possession of the applicant were seized and ultimately destroyed by the British authorities pursuant to the Obscene Publication Acts. The applicant complained to the Court alleging a violation of his right to freedom of expression under Article 10 of the ECHR and right to peaceful enjoyment of his property under Article 1 of Protocol No. 1 to the Convention.

Issue and resolution:
Freedom of expression. The Court considered whether the Government’s actions breached the applicant’s freedom of expression and right to peaceful enjoyment of property. It was held that the government’s actions were justified in pursuance of the protection of the rights of others, in this case children, and therefore a permissible restriction of both rights.

Court reasoning:
The primary issues before the Court were whether the materials were obscene within the meaning of the relevant laws, and if so, whether the applicant had established the defence that, upon a balance of probabilities, the publication of the book was justified as being for the public good.

To determine whether the disputed material was considered obscene, the Court considered whether the material had a “tendency to deprave and corrupt” and concluded that the Schoolbook was obscene, as it was intended for children passing through a critical stage in their development and included material that would undermine the relationships of students with individuals and institutions such as their parents, teachers, churches and youth organisations. Furthermore, the book may have been deemed to encourage potentially illegal activities, including underage sex and drug usage.

The European Court of Human Rights placed great significance on the fact that the publication was clearly addressed to individuals aged 12-18. The Court noted that the publication contained “sentences or paragraphs that young people at a critical stage of their development could have interpreted as an encouragement to indulge in precocious activities harmful for them.”

Regarding the issue of whether the Government violated Mr. Handyside’s right to the peaceful enjoyment of property by seizing and destroying his books, the Court held that the forfeiture and destruction of Mr. Handyside’s property were justified the items were lawfully deemed to be “illicit and dangerous to the general interest.”

Dissenting Opinion:
Judge Mosler agreed with the vast majority of the Court’s holdings, but queried whether all the measures taken by the British authorities, including confiscating and destroying the books, were “necessary” for the protection of morals. However, Judge Mosler agreed that the relevant materials were obscene.

Impact:
The case is often quoted for the pronouncement that “[f]reedom of expression...is applicable not only to 'information' or 'ideas' that are favourably received or regarded as inoffensive or as a matter of indifference, but also to those that offend, shock or disturb the State or any sector of the population." Regardless of this, the Court ruled against Mr. Handyside. 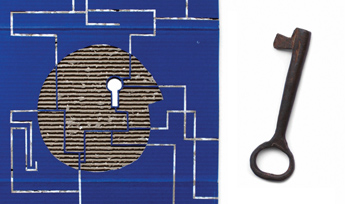