Excerpts citing CRC and other relevant human rights instruments:
Three international conventions bear on the first question. They supply pretty much the entire ground on which the plaintiffs pitch their argument that the treatment of children on the Liberian plantation has violated customary international law. Two of these conventions—the United Nations Convention on the Rights of the Child and the International Labour Organization Minimum Age Convention—have not been ratified by the United States, though the third has been—the International Labour Organization Worst Forms of Child Labour Convention. It happens to be the one most helpful to the plaintiffs. And anyway conventions that not all nations ratify can still be evidence of customary international law. Abdullahi v.. Pfizer, Inc., supra, 562 F.3d at 176–77; Khulumani v. Barclay Nat'l Bank Ltd., 504 F.3d 254, 283–84 (2d Cir.2007) (concurring opinion); see also Kiobel v. Royal Dutch Petroleum Co., supra, 621 F.3d at 137–38. Otherwise every nation (or at least every “civilized” nation) would have veto power over customary international law. (It would be as if U.S. states could forbid the enforcement of federal law within their borders.) Moreover, a nation's legislature might refuse to ratify a convention for reasons unrelated to the convention's core principle.
…
Article 32(1) of the United Nations Convention on the Rights of the Child (1989) provides that a child has a right not to perform “any work that is likely to be hazardous or to interfere with the child's education, or to be harmful to the child's health or physical, mental, spiritual, moral or social development.” That's much too vague and encompassing to create an international legal norm. Millions of middle-class American children are working part-time after school at jobs that confer no intellectual or characterological benefits merely to obtain pin money for buying video games also barren of intellectual or other benefits, the jobs and the games actually functioning to diminish the children educationally, mentally, physically, and spiritually. Shall their parents, and their employers, be hauled before an international tribunal to answer charges of child abuse?

ILO Convention 138: Minimum Age Convention (1973) provides that children should not be allowed to do other than “light work” unless they're at least 14 years old. But the concept of light work is vague, and it must vary a great deal across nations because of variance in social and economic conditions.

More promising for the plaintiffs is the International Labour Organization's Convention 182: The Worst Forms of Child Labour (June 17, 1999), which as we said is the one the United States has ratified. It provides, so far as bears on this case, that the worst forms of child labour include “work which, by its nature or the circumstances in which it is carried out, is likely to harm the health, safety or morals of children.” Id., art. 3(d). This is still pretty vague, in part because no threshold of actionable harm is specified, in part because of the inherent vagueness of the words “safety” and “morals.” And it is weakened by the further statement that “the types of work referred to under Article 3(d) shall be determined by national laws or regulations or by the competent authority.” Art. 4(1). That sounds like forswearing the creation of an international legal norm.

The Convention's Recommendation 190 adds some stiffening detail; it explains that Article 3(d) encompasses “work in an unhealthy environment which may, for example, expose children to hazardous substances, agents or processes, or to temperatures, noise levels, or vibrations damaging to their health,” and “work under particularly difficult conditions such as work for long hours.” But a “Recommendation” creates no enforceable obligations; according to the International Labour Organization's constitution, “apart from bringing the Recommendation before the competent authority or authorities, no further obligation shall rest upon the Members, except that they shall report to the Director–General of the International Labour Office, at appropriate intervals as requested by the Governing Body, the position of the law and practice in their country in regard to the matters dealt with in the Recommendation, showing the extent to which effect has been given, or is proposed to be given, to the provisions of the Recommendation and such modifications of these provisions as it has been found or may be found necessary to make in adopting or applying them.” ILO Constitution, art. 19(6)(d).

Given the diversity of economic conditions in the world, it's impossible to distill a crisp rule from the three conventions. We would like to think that working conditions of children below the age of 13 that significantly reduce longevity or create a high risk (or actuality) of significant permanent physical or psychological impairment would be deemed to violate customary international law, but we cannot be certain even of that.

Notes:
Although the US has signed the CRC, it has not yet ratified the Convention. Therefore, the Convention does not have legal effect in the US. The Court in this case was looking at the CRC hypothetically as "customary international law", which treats the Convention as binding on the US because it has been universally accepted everywhere outside the country.

CRIN Comments:
CRIN believes this decision is not consistent with the CRC. Article 32 protects children from performing any work that is likely to be hazardous. The Committee on the Rights of the Child recognises that “duties and responsibilities to respect the rights of children extend in practice beyond the State and State-controlled services and institutions and apply to private actors and business enterprises. Therefore, all businesses must meet their responsibilities regarding children’s rights” (General Comment No. 16). In this case, the Court recognised that harvesting rubber is “to a degree hazardous” work, but did not properly consider the evidence presented by the plaintiff children describing how the work they performed was indeed hazardous, and therefore did not properly consider whether the company violated the CRC by failing to protect the children from such work. 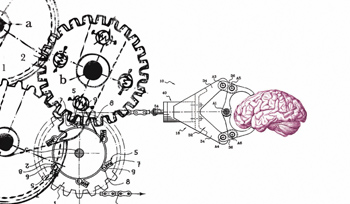