Case Summary:
Background:
The Inter-American Commission on Human Rights submitted a complaint to the Court against the State of Costa Rica with regard to the general prohibition of in vitro fertilisation (“IVF”).

The prohibition stemmed from a ruling by the Constitutional Chamber of the Costa Rican Supreme Court which relied on Article 6 of the CRC to conclude that there was an obligation to protect the embryo from abuse and destruction that it could be subject to in a laboratory in the course of IVF procedures. The Constitutional Chamber decided that the human embryo is a person from the time of conception and cannot be treated as an object. It declared IVF is unconstitutional as a violation of the right to life.

The Commission alleged that this absolute prohibition violated a number of rights granted by the American Convention on Human Rights, namely the right to privacy, the right to found a family and the right to equal protection of the law. Costa Rica submitted to the Court that the ban is justified because “the concept [of a child] should be sufficiently broad to enable countries that chose to provide protection to children from before birth”.

Issue and resolution:
Right to life. Assisted reproduction. Whether Costa Rica could ban the use of IVF without breaching its obligations under the American Convention on Human Rights. The Court found Costa Rica’s absolute protection of the embryo and prohibition on IVF to be disproportionate and discriminatory and ordered Costa Rica to re-establish the legality of IVF. The failure to weigh up or take into account other competing rights was arbitrary and an excessive interference in private and family life, which included the right to reproductive autonomy and the right to found a family.

Court reasoning:
The key issue examined was whether the right to life extended to an embryo and to unborn persons as asserted by the Costa Rican state, and whether the American Convention protects life even before birth.

The American Convention defined a person to mean “every human being” and states that “Every person has the right to have his life respected. This right shall be protected by law and, in general, from the moment of conception.” in Article 4(1). The Court noted the diverse biological, medical, ethical, moral, philosophical and religious perspectives, and accepted that there is no one agreed definition of the beginning of life. However, for the purposes of Article 4(1) and taking into account the scientific evidence presented, the Court noted that, even though a fertilised egg gives rise to a cell with sufficient genetic information for the potential development of a “human being”, the fact is that development is precluded until the embryo is implanted in a woman’s body. An embryo which is never implanted could not develop, for the lack of necessary nutrients or a suitable environment. Conception therefore occurs from the moment of implantation and an embryo alone cannot be granted the status of a “person”.

Following an examination of all relevant international conventions and instruments on human rights (including the CRC) the Court decided that it could not infer an absolute protection of prenatal life or the life of the embryo. Particular attention was paid to a 1980 decision concerning adoption by the European Court of Human Rights which held that recognising an absolute right to prenatal life would be contrary to the object and purpose of the European Convention on Human Rights, because that would mean that would mean that the ‘unborn life’ of the foetus would be regarded as being of a higher value than the life of the pregnant woman”.

Therefore, the Court decided that an embryo alone has no personality and only achieves the status of a “person” following implantation. In addition, the Court could not infer the existence of a right to prenatal life from international human rights conventions and decisions, including the CRC, and noted that the Committee on the Rights of the Child has not issued any comments on this point.

Dissenting Opinion:
One judge disagreed with the findings of the majority, because in his opinion embryos before implantation, as well as unborn or conceived children, must be regarded as having an inherent “right to have [their] life respected”.

Excerpts citing CRC and other relevant human rights instruments:
229. The State argued that the embryo should be considered a “child” and, consequently, that there is a special obligation to protect it. The Court will proceed to analyze whether this interpretation has a basis in the international corpus juris on the protection of children.

230. According to Article 6(1) of the Convention on the Rights of the Child, “States Parties recognize that every child has the inherent right to life.” The term “child” is defined in Article 1 of the Convention as “every human being below the age of eighteen years, unless under the laws applicable to the child majority is attained earlier.” The Preamble to the Convention states that “the child, by reason of his physical and mental immaturity, needs special safeguards and care, including appropriate legal protection, before as well as after birth.”

231. Articles 1 and 6(1) of the Convention on the Rights of the Child do not refer explicitly to protection of the unborn child. The Preamble refers to the need to provide “special safeguards and care […] before […] birth.” However, the preparatory work shows that this phrase was not intended to extend the provisions of the Convention, particularly the right to life, to the unborn child. In fact, the preparatory work indicates that this phrase did not intend to extend to the unborn child the provisions of the Convention, especially the right to life. Indeed, although the preamble of the revised draft of a convention on the rights of the child presented by Poland made no mention of prenatal life, the Vatican requested that the expression “before and after birth” be included in the preamble, which prompted conflicting opinions among the States. As a compromise, the delegations agreed to use an expression taken from the 1959 Declaration on the Rights of the Child.

232. Faced with the difficulty of finding a definition of “child” in article 1 of the draft convention, the reference to birth as the beginning of childhood was eliminated. Subsequently, during the deliberations, the Philippines requested the inclusion of the expression “both before and after birth” in the preamble, which was opposed by several States. As a compromise, it was agreed to include this reference in the preamble, but the preparatory work made it clear that the preamble would not determine the interpretation of Article 1 of the Convention.

233. The Committee on the Rights of the Child has not issued any comments from which the existence of a right to prenatal life can be inferred.

Follow Up:
Following the Court’s decision, the Costa Rican president Luis Guillermo Solís issued a decree in September 2015 ordering compliance with the Court’s 2012 decision to legalise IVF. The Costa Rican authorities are in the process of implementing measures to reinstate IVF.

CRIN Comments:
CRIN believes this decision in not inconsistent with the CRC. There is nothing in the Convention to support the view that the right to life should extend to embryos or unborn foetuses. 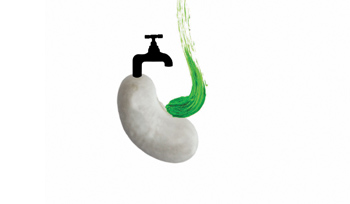