Case Summary:
Background:
The petitioner was charged with forcefully and by means of intimidation and threats committing lascivious acts on an eight year old girl and molesting her against her will and consent. It later transpired that the petitioner had committed the same acts on previous occasions but the victim only reported the last incident to her grandmother. The petitioner was found guilty and sentenced to a minimum of 14 – 17 years of imprisonment. The Court of Appeals later reduced the sentence to 12-15 years.

Issue and resolution:
The petitioner appealed to the Supreme Court arguing that the offence was not proven beyond reasonable doubt. The Court rejected his arguments and reaffirmed the Court of Appeals’ sentence, adding a further monetary fine of 15,000 pesos on the petitioner for moral damages caused to the victim.

Court reasoning:
The Supreme Court refused to re-examine the findings of fact of the trial court as there was no serious arbitrariness or procedural impropriety. They noted that the victim's testimony is worthy of full faith and credence as there is no proof of any motivation to falsely accuse the petitioner. No young and decent girl like the victim would fabricate a story of sexual abuse, subject herself to medical examination and undergo public trial, with the consequent ridicule and humiliation.

Finally, the allegations by the petitioner that the acts were accidental presented were contradicted by his threats to the victim to keep silent and not tell on him. The petitioner have also failed to prove in any way or substance that his acts were not intentional.

The charge of child abuse therefore stands as there was intentional intimidation involved and a further financial penalty for monetary damages is warranted based on precedent cases and sentences. The imposition of a monetary fine is also consistent with the aim of assisting the victim with recovery and integration into society, as mandated by Article 39 of the CRC.

Excerpts citing CRC and other relevant human rights instruments:
In People v. Abadies, [34] and with respect specifically to lascivious conduct amounting to child abuse under Section 5(b) of Rep. Act No. 7610, we imposed a fine of P30,000 for each count of lascivious conduct in addition to the award of moral damages on the justification that:

It will be noted that Section 5, Article II of Republic Act No. 7610 provides for the penalty of imprisonment. Nevertheless, Section 31(f), Article XII (Common Penal Provisions) thereof allows the imposition of a fine subject to the discretion of the court, provided that the same is to be administered as a cash fund by the Department of Social Welfare and Development and disbursed for the rehabilitation of each child victim, or any immediate member of his family if the latter is the perpetrator of the offense. This provision is in accord with Article 39 of the Convention on the Rights of the Child, to which the Philippines became a party on August 21, 1990, which stresses the duty of states parties to ensure the physical and psychological recovery and social reintegration of abused and exploited children in an environment which fosters their self-respect and human dignity.

With the case of Abadies as guidepost, we impose a fine of Fifteen Thousand Pesos (P15,000.00) on petitioner.

CRIN Comments:
CRIN believes this decision is consistent with the CRC. Article 39 mandates that the State must promote the recovery and social reintegration of children victims of abuse and other forms of maltreatment. In particular, ccess to justice for the victim and ensuring that perpetrators of the abuse are held accountable further the rehabilitation of victims. 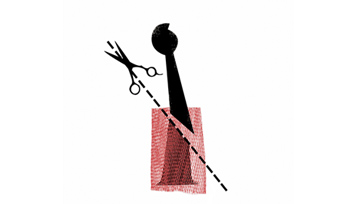